Raveena Tandon took to social media and shared a glimpse into her celebration of Krishna Janmashtami with her kids. Take a look at her posts here. 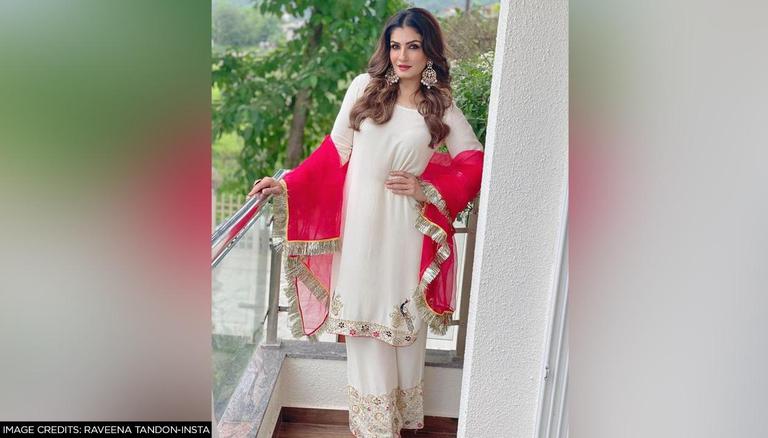 
Getting into the spirits of the festival, India is celebrating the auspicious festival of Krishna Janmashtami on Monday, August 30. Several celebrities took to their social media to wish their fans on the occasion and share a glimpse into their private celebration with family and friends. Adding a little twist to the festivity, Raveena Tandon celebrated Janmashtami with her daughter breaking the traditional 'Matki'. Take a look.

Marking the birth anniversary of Lord Krishna, Krishna Janmashtami is celebrated on a large scale in Maharashtra. However, with the prevailing restrictions imposed by the authorities because of the growing concerns of the third wave, many have resorted to celebrate the festivity within their compounds. Actor Raveena Tandon also followed the suit and celebrated the tradition of Dahi Handi with her kids and friends to the music of Kishor Kumar and Lata Mangeshkar's iconic song Mach Gaya Shor.

Taking to her Instagram, Tandon shared a series of videos of her kids breaking the 'Matki' and collecting the sweets with her friends. In the video, Rasha Thadani was seen breaking the Matki with a stick. Calling her Radha, Tandon lauded her for breaking the stereotypes by writing, 'My Radhes, breaking all stereotypes always, being the first Makhan/chocolate chor'. In another video, Tandon's son Ranbir also broke the matki and collected the sweets fallen on the ground. The place was decorated with balloons with the many kids cheering Tandon's kids during the celebration.

READ | Raveena Tandon on her house becoming a 'Dr Dolittle's home'; Here's why 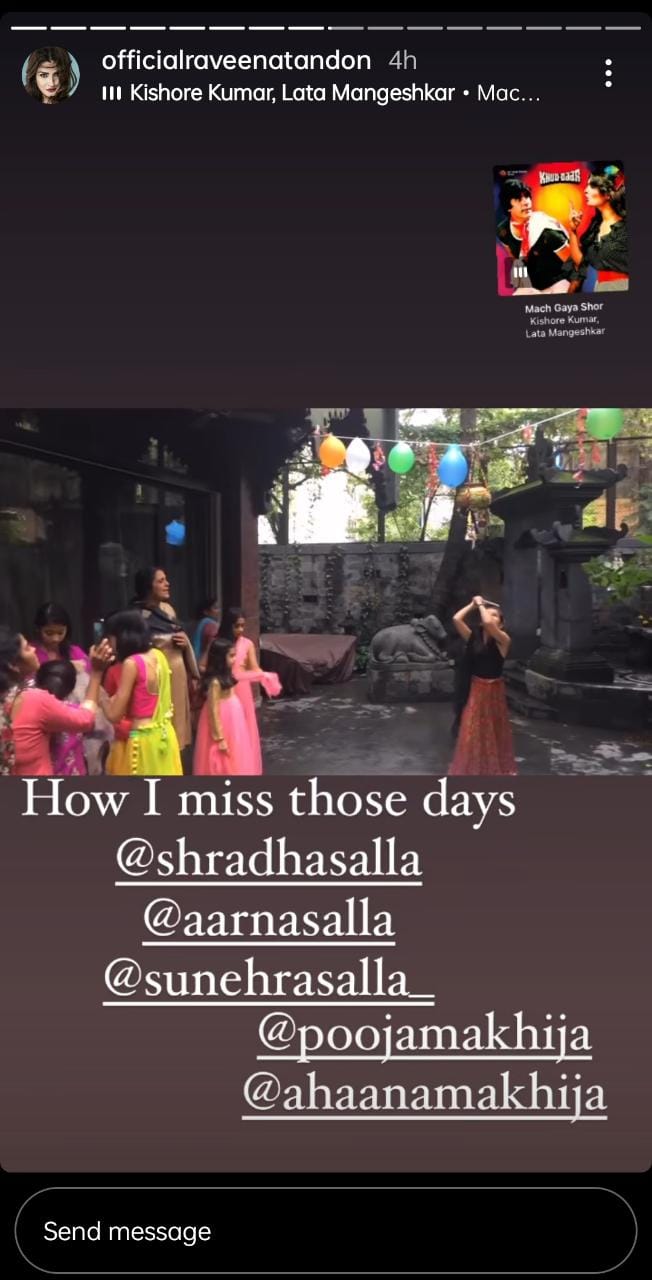 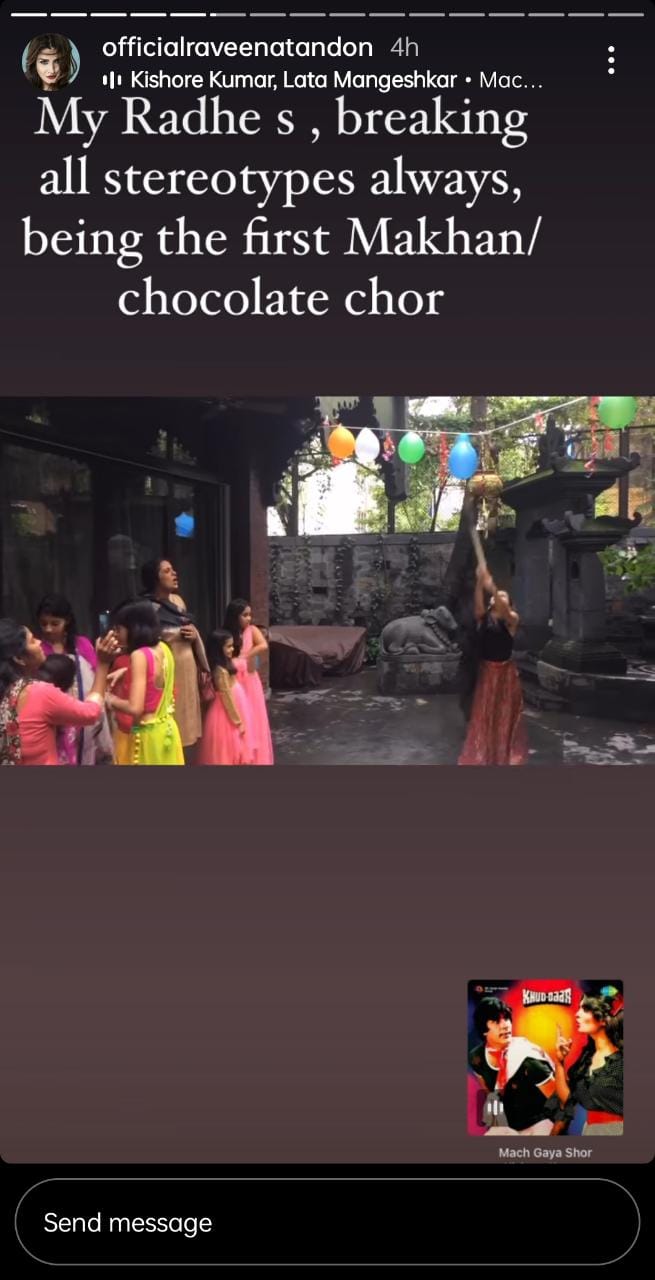 What is Dahi Handi?

Considered as one of the most significant parts of the Krishna Janmashtami celebration, Dahi Handi is a handi or earthen pot filled with Dahi, Makhan, sweets, ghee and nuts. It is hung at a height after which a group of young people form a human tower in an attempt to break it. The tradition is largely celebrated in Maharashtra and Gujarat with many competitions with huge price money being organized in the states. Due to the ongoing pandemic, the government has imposed several restrictions on mass gatherings limiting the celebration in the states.

On the work front, Raveena Tandon is known for her roles in movies like Patthar Ke Phool, Daman: A Victim of Marital Violence, Satta and many more.