'Roja' duo Madhoo-Arvind Swamy are reuniting after over 25 years and it could be for a special film. Reportedly, they are to reunite for the Jayalalitha biopic.

It’s official! One of the most-loved on-screen pairs of the '90s, Arvind Swamy and Madhoo are all set to reunite on screen. And the movie could be special too, as they could be coming together for the biopic on late former Tamil Nadu Chief Minister J Jayalalitha. While Madhoo confirmed that she is working with Arvind Swamy, it is not yet confirmed which film they are reuniting for, though reports claim it is for the Jayalalitha biopic Thalaivi, to be headlined by Kangana Ranaut.

READ: From Good To Bad: After Voicing For Simba 25 Years Ago, Arvind Swami Cast As Scar In Tamil Version Of 'The Lion King'

At a recent event, Madhoo spoke about her upcoming projects, "I am doing many movies right now. I am also hosting a show for Doordarshan. Two of my films in South are about to release. Also, after all these years, I am working in a film with Arvind Swami in a Hindi film. This is the first time I am going to work with him after Roja, so I am really looking forward to that one.”

Previously, a source had told PTI, “She is going to be part of the Jayalalithaa biopic. She is excited to be working with Arvind Swami after over 25 years. It is a full-fledged role. She will start the shoot by November or December.”

Reports also claim that Arvind Swamy is set to play the role of MGR aka MG Ramachandran, also considered a legend like Jayalalitha, a former CM of Tamil Nadu and actor. 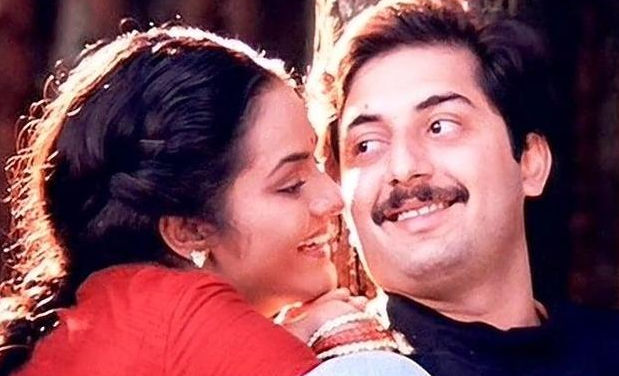 Madhoo and Arvind Swamy’s Roja had released in 1992 and is considered among the finest films of veteran filmmaker Mani Ratnam. The movie had released in Tamil and also in Hindi.

The movie was a love story set in the backdrop of Army and intelligence operations against terrorist activities. Apart from the lead pair’s chemistry, the album was also AR Rahman’s breakthrough score, with tracks like Roja, Yeh Haseen Waadiyaan and Chhoti Si Asha popular even today.

Arvind Swamy, meanwhile, had reunited with Mani Ratnam in his last directorial Chekka Chivantha Vaanam. In Bollywood, he last featured in Dear Dead in 2016.  Madhoo has featured in some South films and even TV shows in recent years.

The Jayalalitha biopic is being directed by popular Tamil director AL Vijay.