Roshan Mathew opens up about his debut screen sharing with Bollywood's leading ladies Alia Bhatt and Shefali Shah and also with Vijay Verma. 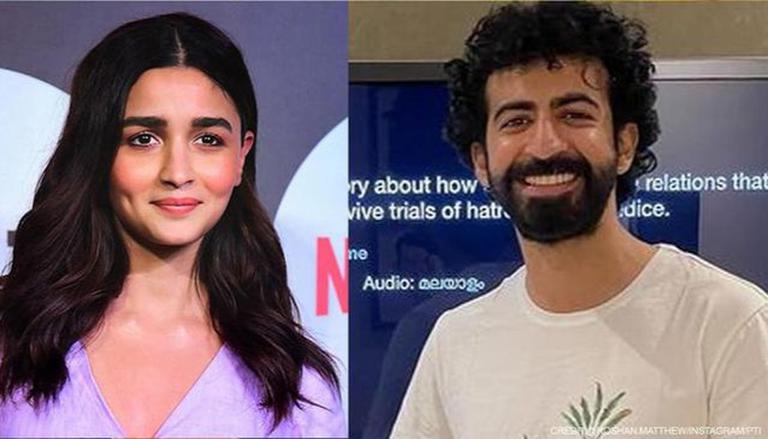 
Kappela actor Roshan Mathew made some new memories on the set of his upcoming comedy-drama film Darlings. Talking about the same, the actor opened up about working with co-stars Alia Bhatt, Shefali Shah and Vijay Varma. The audience has already gotten a glimpse of the cast and crew's amazing chemistry through Shefali Shah's updates via her Instagram. However, Mathew got into the details of working with a new crew for an exciting project.

The team of Jasmeet K Reen's forthcoming drama Darlings recently wrapped up filming and bid an emotional farewell to each other. In a chat with Pinkvilla, the 29-year-old actor talked about his experience of working with new faces.

Describing the movie as 'Lovely', the actor stated that the script was very exciting to read and hoped that the execution does justice to it. Mathew also stated that filming the movie was unlike something he had ever done and called his co-stars- Alia Bhatt, Shefali Shah and Vijay Verma 'amazing'. He admitted going into the film knowing that the trio were great actors. However, the actor unexpectedly had fun watching them in action and perform scenes with them.

Adding further to his statement, he called his journey a 'very memorable experience' and believed that when he did a scene with the actors, everything else disappeared. Lastly, the young actor stated that they were 'incredible'.

Directed by Jasmeet K Reen, Alia Bhatt and Shefali Shah are set to play the lead roles in the movie, The former will also produce the movie under Red Chillies Entertainment along with Eternal Sunshine Production. The movie is dubbed as the quirky story between a mother and daughter duo. Sharing a glimpse into the movie, Shefali Shah took to her social media to share some adorable BTS videos and photos with her co-star.

In one picture, the actor can be seen embracing Alia Bhatt lovingly with the caption, ''Thank you my mental crazy ridiculously talented #darlings for such a love filled send off. Missing you’ll already.'' In another post, she bid a teary-eyed farewell to the team by writing, "Another wrap 🙁Nothing prepares me for the good-byes.''

READ | Shefali Shah wraps up 'Darlings' shooting; Says ‘nothing prepares me for goodbyes'

WE RECOMMEND
'Harry Potter': Daniel Radcliffe would love to play these characters in a reboot
Roshan Mathew to star in his second Hindi film with Alia Bhatt's Darlings?
Alia Bhatt begins 'prep' for 'Darlings' movie; shares glimpse of the script
Shefali Shah wraps up 'Darlings' shooting; Says ‘nothing prepares me for goodbyes'
Alia Bhatt reacts to paps confusing Ranveer Singh for Ranbir Kapoor on her look: Watch