Sanjay Dutt was not just unveiled in a pivotal role in ‘KGF: Chapter 2’, but the teaser of ‘Prasthanam’ was unveiled. Sanju's celebration with his family and wishes from celebrities made it special.

Birthdays are always eventful, but it was an extra special 60th birthday for Sanjay Dutt as two major moments related to his professional life were announced. The actor was not just unveiled in a pivotal role for the South hit franchise ‘KGF: Chapter 2’, but also the teaser of his home production ‘Prasthanam’ was released. The birthday boy’s celebration with his family and amazing wishes from celebrities made the occasion memorable.

The day had started with Farhan Akhtar’s special message after finally getting the chance to work with Sanjay as he introduced his character Adheera in ‘Kolar Gold Fields: Chapter 2’.

Later, Sanjay unveiled the gripping teaser of his home production ‘Prasthanam’. The actor is seen as a man in power, in the ‘war for legacy’, and there’s intense action and drama involving fellow veterans Manisha Koirala, Jackie Shroff, Chunky Pandey and the youngsters like Ali Fazal, Satyajeet Dubey and Amyra Dastur.

READ: Sanjay Dutt's Daughter Trishala Dutt Shares Heartbreaking Post After The Sudden And Tragic Demise Of Her Boyfriend, Writes, "Until We Meet Again"

Sanju obviously stands out, be it his line about choosing Ramayana or Mahabharata in terms of one’s rights, or with the guns in his hand.

Witness the war for power with #Prasthanam! Proudly presenting the #PrasthanamTeaser - https://t.co/6GZOMwVre8

Anil Kapoor, Ajay Devgn, Aditi Rao Hydari were some of the others who wished him with amazing words like ‘Rockstar’, ‘Everyone’s favourite Baba’ while welcoming him to the ‘60s club.’

Here are the wishes: 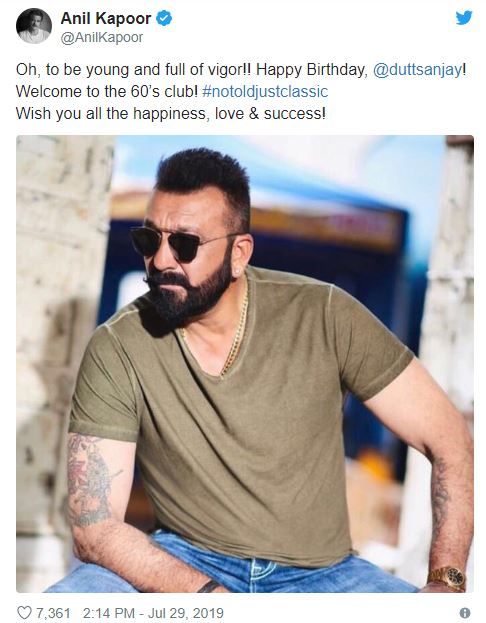 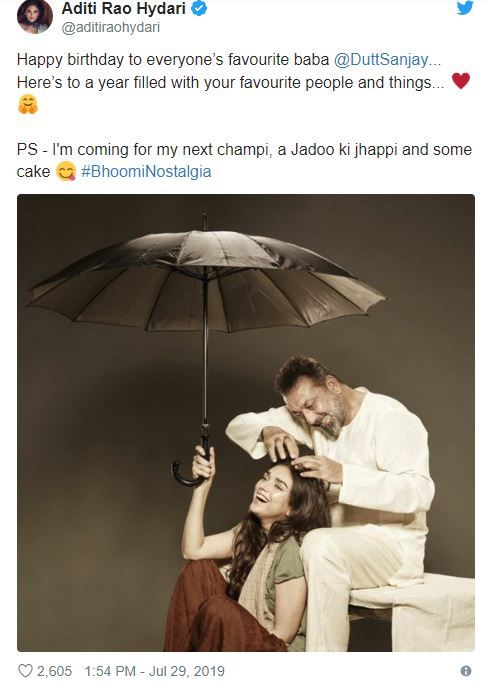 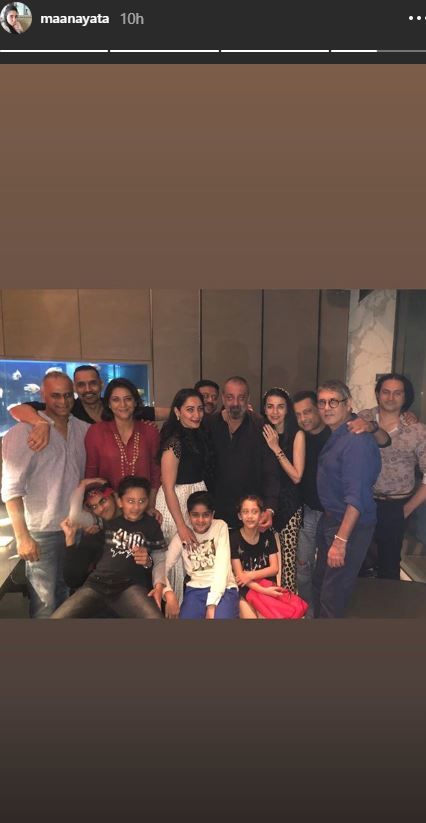