Sara Ali Khan's Time In New York - What Is The Simmba Actor Up To?

Sara Ali Khan took to Instagram and shared a picture on her story where her location is Soho, New York. She can be seen staring at a mannequin. Know more

Bollywood actor Sara Ali Khan is just two films old but has already become a huge millennial star with her popularity growing each passing day. Today she took to Instagram and shared a picture on her story where her location was Soho, New York. She seems to be out with her friends. She has posted a couple of photos from her time in New York - here is a look at them.

In the post, she can be seen staring at a mannequin. In the next picture, she can be seen spending time with her friend Kamya Arora. Her friend is pointing towards a Christmas tree that is filled with pink fairy lights. Her story is giving fans some early Christmas vibes. 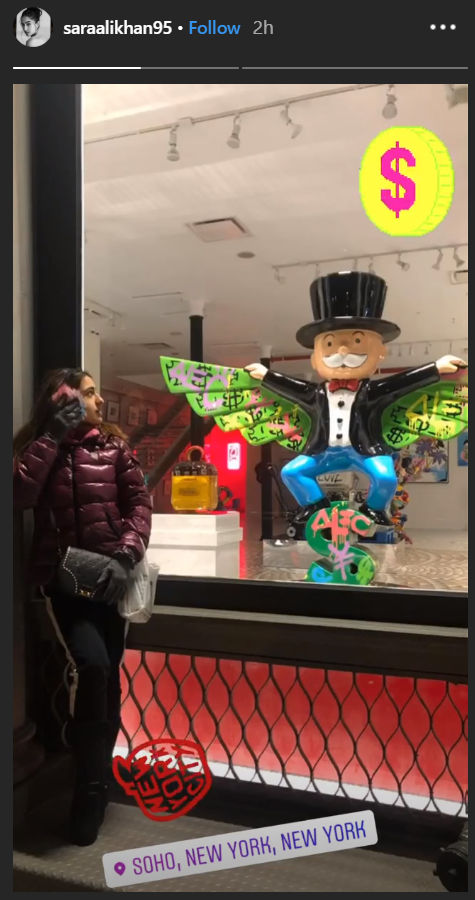 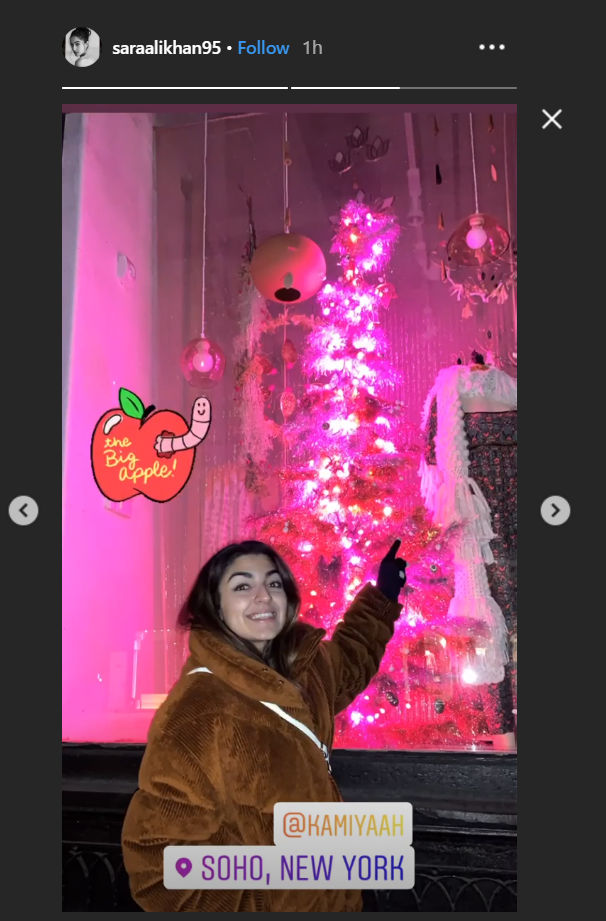 ALSO READ| Sara Ali Khan: The Actor's Most Nostalgic Throwback PicturesWhat is next in store for Sara Ali Khan?

Sara is presently basking in the glow of 2 of her previous movies. She has impressed the audiences with her performance in Kedarnath and Simmba. Sara Ali Khan will next be seen in the remake of the 1995 Govinda’s film Coolie No. 1. The movie will be helmed by David Dhawan and will be bankrolled by Vashu Bhagnani. The movie will also feature Varun Dhawan, Paresh Rawal and Rajpal Yadav in primary roles. She will also be seen in Imtiaz Ali’s next directorial. The movie will star Kartik Aaryan and Randeep Hooda in significant roles. Both movies are reportedly scheduled to release the next year.