In a recent interview, Sharman Joshi opened up about his relationship with his father-in-law Prem Chopra. Read what the actor had to say about the legend! 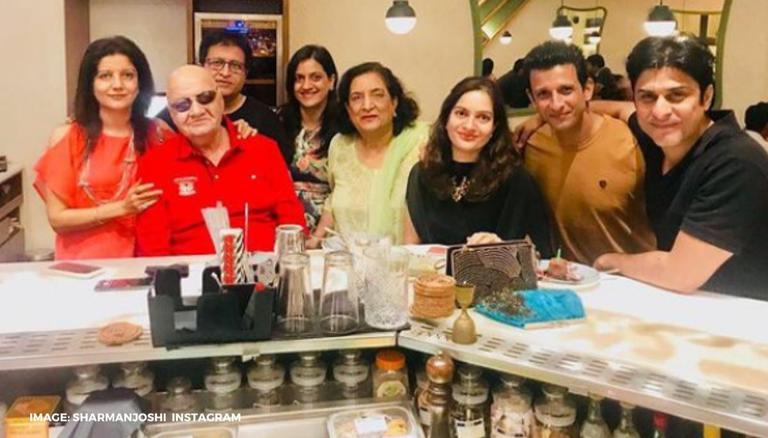 
For the unversed, Sharman Joshi is the son-in-law of the famous Bollywood antagonist Prem Chopra and married to his youngest daughter Prerana Chopra. The actor was a part of a recent conversation where he opened up about how the veteran actor is in real life and also shared, how he convinced the Chopras that he was eligible for their daughter; scroll along and know the details.

Sharman Joshi on Prem Chopra: He is full of humility

In a recent interview with Pinkvilla, Joshi shared quite a lot about his father-in-law and veteran actor Prem Chopra. Among the many questions, the first was how he convinced the family to let them marry the youngest of the siblings. Sharman shares that Prerana’s eldest sister was the first one to find out, who kept it a secret but a while later, her mother found out and told the actor that their relationship was not going to work out.

The actor agrees with her point–of–view as she was not very happy to find out that her beloved daughter was dating a boy, who was a struggling actor and wanted to make a career out of it. Sharman further shared, that Prerana’s mother gave him the choice to come back a year later if he was still in love with their daughter and only if he had started to earn a certain amount of money, by then. Not long after, Joshi was called over by Prem Chopra and was expecting to receive major wrath from the on-screen villain; however, Chopra turned out to be very understanding as he had himself gone through the tedious process of making a name in the industry.

Sharman is all praise for his father-in-law. “He is a lovely human being. Initially, he too was not very happy. He knew that I came from a theatre family and admired my uncle and my dad, his only worry was how Prerana and I would financially support our relationship. So over the years, Prerana and I met on and off under their very watchful eyes, our relationship grew stronger and they recognised that and accepted me as their beloved son-in-law. And now I think I am more dear to them than their daughter itself,” smiles Sharman.

Sharman Joshi, who finally married Prerana in 2000, has a long list of praises for his father-in-law. The 3 Idiots actor says that Chopra is, “a great achiever, has done some wonderful films, is full of humility and consistently has been the same person”. He also says that the first impression that he had of his father-in-law, who he lovingly calls Dad now, is still intact, even today.  During the conversation, Sharman also expressed that after losing his own father, he cherishes the time with Chopra all the more and the two often talk about Sharman’s career and the veteran shares his experiences in the glamour world and more.