Shruti Haasan is the daughter of one of the most prominent figures in Indian cinema, Kamal Haasan. The actor is also a talented singer and composer. 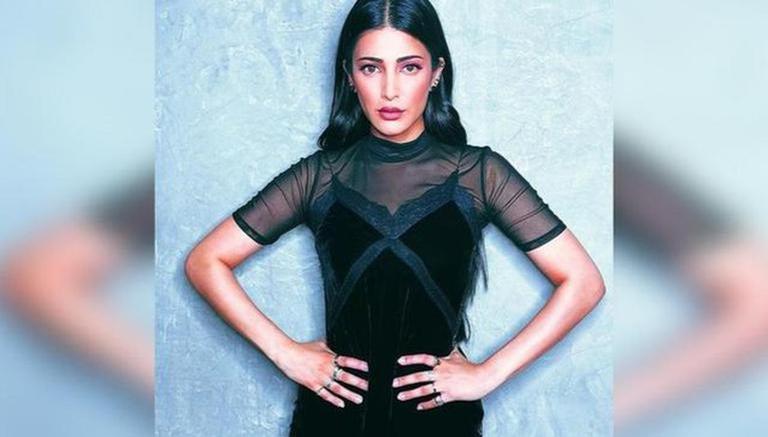 
Known for her girl-next-door roles in movies, Shruti Haasan in reality dons an alternate personality when it comes to different creative fields other than acting. For the unversed, the actor is not only a stellar actor but, is also a talented singer, songwriter and composer. Her Instagram feed is enough to give a glimpse into the actor's multiple talents. But did you know, before making her debut and garnering fame in India, the actor used to have small singing gigs in Mumbai's restaurants?

During a candid chat with Mashable India, the 35-year-old talked about the time before fame when she used to sing at restaurants in Mumbai. The actor revealed that she used to sing English hits sometimes and nobody knew about her. During the interview, she belted out a rendition of Celine Dion's famous My Heart Will Go On from Titanic and stated that she would sing some of the most popular songs of the artists with the likes of Celine Dion, and Bryan Adams.

The actor made her debut in acting in 2009 with the Bollywood movie Luck. She went on to broaden her acting horizon by working in movies across several Indian regional languages and established herself among the top actors of Indian cinema. Apart from her stellar acting, ardent fans of Haasan are aware of her exceptional singing skills as the actor does not shy away from flaunting them online.

READ | Shruti Haasan on people becoming ignorant, going on vacays: 'You're being irresponsible'

Interestingly, she made her singing debut in her father Kamal Haasan's hit movie Chachi 420 where she sang the bilingual versions of the titular song Rama Rama. She went on to sing and compose several songs for movies like Chupadi Chupadi Chaachi, Allah Jaane, Aazma (Luck Is The Key), Semmozhiyaana Thamizh Mozhiyaam and Kadaram Kondan. In one of her recent posts, the actor can be seen having a spontaneous jamming session.

Humming on her piano, the actor shared the video writing, ''This is me at home - playing with music messing it up and then letting it be whatever it needs to". She shared a throwback video of her singing India's National Anthem. Fans praised her singing.

WE RECOMMEND
Shruti Haasan gives sassy reply to fan who asks about her marriage plans; see post
A glimpse inside Shruti Haasan and Santanu Hazarika's elaborate luncheon for friends
Shruti Haasan calls herself a 'Bandra Girl' despite being born in Chennai: Here's why
Shruti Haasan shares endearing pic with Kamal Haasan; calls him 'favourite human'
Vijay Sethupathi & Shruti Haasan starrer 'Laabam' to have theatrical release on THIS date