Sidharth Malhotra will be seen in Shershaah along with Kiara Advani. Read on to get more updates on the action movie which will release in the year 2020. 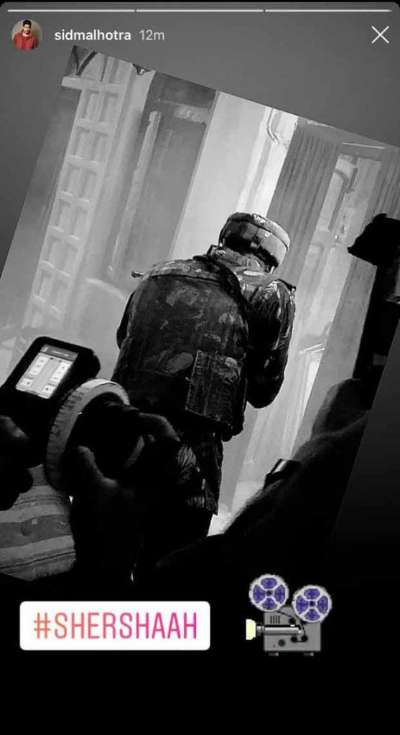 Capt. Vikram Batra had led a very difficult operation in the mountains during the Kargil War. He is one of the war heroes because of whose bravery and intelligence, India could retain its territories. Capt. Vikram Batra was awarded the prestigious Param Vir Chakra. He was affectionately called Luv, Vicky and Sher Shah, which can be seen as the title of the movie.

Sidharth Malhotra has done a variety of films in the seven years of his career. Sidharth Malhotra in an interview to a leading media portal said, that this has been the toughest role of his life, and that no amount of training can prepare him to play a character like this one. Sidharth Malhotra took to Instagram, revealing that he has been working hard to prepare himself for this role. He said that although there are no gyms around, it is important to work out with whatever facilities one has.

The shooting of Shershaah is still under process. The movie is set to release in the year 2020. Sidharth’s upcoming movie is Marjaavaan where he will be sharing the screen space with actor Tara Sutaria, who had made her debut with Student Of The Year 2.

Shershaah is being directed by Vishnuvardhan. The movie is produced by Karan Johar, Shabbir Boxwala. Along with Sidharth Malhotra, the movie also features Kiara Advani. Kiara Advani will play the role of Dimple Cheema, who was Capt. Vikram Batra's fiancée.

Read Also | Ittefaq: The Murder Mystery Flick To Release In China On October 25