'Sooryavanshi' Day 5 box office is out. The Akshay Kumar film enters the ₹100 crore club, which is the 1st for Bollywood film in almost 2 years after 'Tanhaji.' 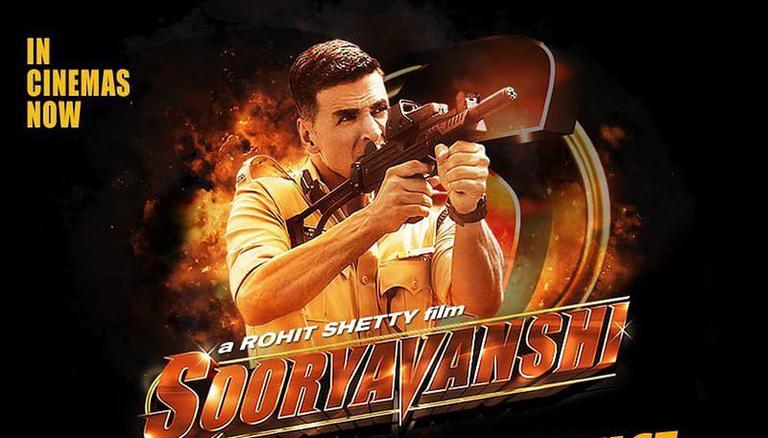 
It was normal for Bollywood films to hit ₹200 and ₹300 crore clubs all these years, however, due to the COVID-19 pandemic, not one film crossed ₹100 crore mark for the past two years. But that is all set to change with Sooryavanshi. The Akshay Kumar-starrer has become the first to hit this milestone in the COVID-19 era.

The Rohit Shetty directorial reached the figure after its performance on Day 5. The action film is also doing well at the worldwide box office. As per reports, the collections could have gone over ₹140 crore.

Sooryavanshi, as per a report on Box Office India, earned ₹11.50 crore on Tuesday, going by the early estimates of the collections. After a ₹77-crore weekend, the film's Monday collections of ₹14.50 crore had taken the total to ₹91.59 crore in four days. With the Tuesday collection, the tally now stands at around ₹103 crore.

Sooryavanshi is the first film to hit the milestone since Tanhaji: The Unsung Warrior, which earned close to ₹300 crore around January-February in 2020. Since then, movies like Baaghi 3 in 2020 and Akshay Kumar's own Bell Bottom, movies which should have at least reached the ₹100 crore mark, had been affected by the restrictions and apprehension of audiences to visit theatres due to COVID-19.

READ | After 'Sooryavanshi', here are five Bollywood cop dramas that may interest you

The worldwide collections of Sooryavanshi had been in the ₹37-39 crore over the weekend and ₹21 crore on Monday, so it has possibly inched towards the ₹150 crore-mark.

Both Akshay Kumar and Rohit Shetty have added another venture to the ₹100 crore club. The former has films like Good Newwz, Mission Mangal. 2.0, Kesari, Housefull series, Rustom, Jolly LLB, Toilet: Ek Prem Katha, Gold, Airlift, Holiday: A Soldier is Never Off Duty in the list.

Rohit Shetty has almost all of his ventures in the list which include the Singham series, Golmaal series, Simmbaa, Dilwale, Chennai Express and Bol Bachchan. Ajay Devgn, who only has a cameo in Sooryavanshi has starred in many of these hits.

Even Katrina Kaif has had multiple ventures that earned over ₹100 crore, like Tiger series, Bharat, Dhoom 3, Bang Bang! and Jab Tak Jaan.