Sunny Leone took to her Instagram and posted multiple pictures from her Raksha Bandhan celebration at home. Nisha, too, tied rakhis to her brothers. See photos 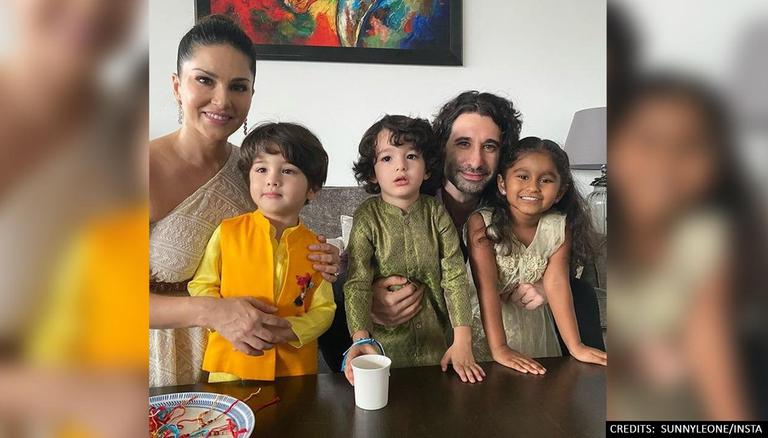 
Actor Sunny Leone recently celebrated Raksha Bandhan with her family and close friends. She took to her official Instagram handle and posted multiple pictures from their celebration at home with her hubby, Daniel Weber and their children- Nisha, Noah and Asher. In the pictures, the couple's daughter, Nisha is seen tying rakhis to her two brothers. Take a look.

In the pictures, Nisha can be seen sporting a floral kurta and pants, while her brothers- Noah and Asher wore kurta pyjamas. In the pictures, Nisha can be seen tying rakhis on her brothers' hands and adorably posing for the camera. Several pictures also showed Sunny Leone tying rakhis to her friends- her stylist, Hitendra Kapopara, make-up artists Tomas Moucka and Yusuf Ibrahim, who takes care of the family's security. Sharing the special Rakhi post, Sunny wrote, "About our Rakhi!! FAMILY!! Part 1 lol."

As the special post was up on the internet, many celebrity friends dropped positive comments. Fans and followers of the star also complimented her. Pyar Ka Punchnama actor Sonali Seygall commented, "Cutestttt Rakhi post. Love this" with a string of red hearts. A fan commented, "Paradise. God painted this place." Another one wrote, "No words, only emotions." 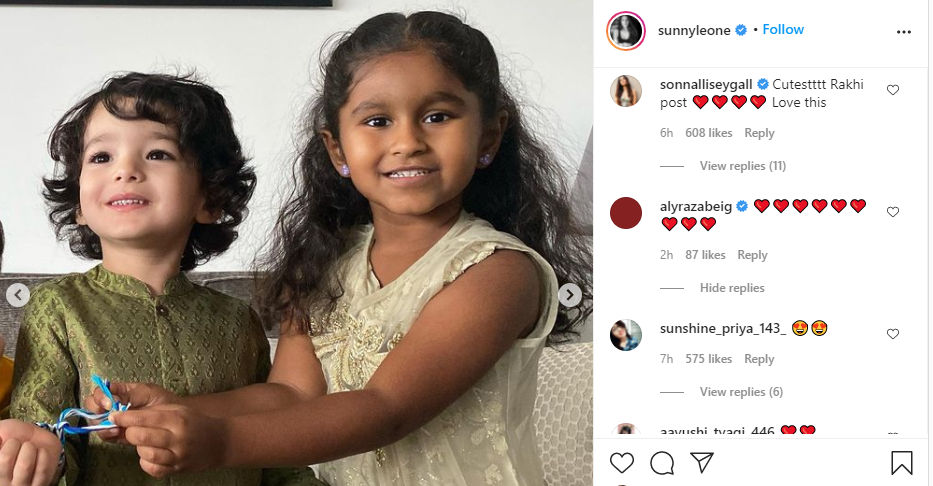 Yusuf Ibrahim also posted pictures from the Raksha Bandhan celebrations on his Instagram account. In the pictures, Sunny and Nisha can be seen tying rakhi on Ibrahim's hand. He also kissed them on their foreheads and gave Nisha a tight hug. As for the caption, he wrote, "No caption needed… No words to describe the beauty of raksha bandhan… N purest form of relation in mankind @sunnyleone @dirrty99 n my youngest sister Nisha. love u all unconditionally… Happy Raksha Bandhan.”

Sunny Leone and Daniel Weber became parents to Nisha in the year 2017. The star couple adopted her from Latur district, Maharashtra. A little later, their sons- Noah and Asher were born through surrogacy. Meanwhile, for the unversed, Leone has appeared in numerous Bollywood films. She will next be seen in a Tamil flick titled Shero. The actor also has Veeramadevi, Rangeela, Koka Kola and Helen in the pipeline.

READ | Sunny Leone unveils a battered avatar of herself with 'Shero' poster; Have a look