Here is an old video of Sushant Singh Rajput checking his social media and replying back to his fans on social media. The video is from Dil Bechara set.

Currently, late Actor Sushant Singh Rajput’s Dil Bechara's BTS video is going viral on the internet. This video is from the film Dil Bechara's sets where he is seen checking his social media while listening to music. The video will leave anyone teary-eyed as it reveals how kind and loving he was towards his fans.

In the video, as the camera focuses close to the screen and it is seen that Sushant Singh Rajput is replying to his fans’ comments. The actor always used to reply to his fans and even followed them on Instagram. Take a look at this adorable video.

Sushant Singh Rajput's fans, in huge numbers, have been praising the video by dropping heart and love emoticons. One of the users wrote, "He was the only one, who followed his fans and replied back to them. God's Child." Some users also reminisced the time when Sushant Singh Rajput replied to their comments or followed them back on social media. 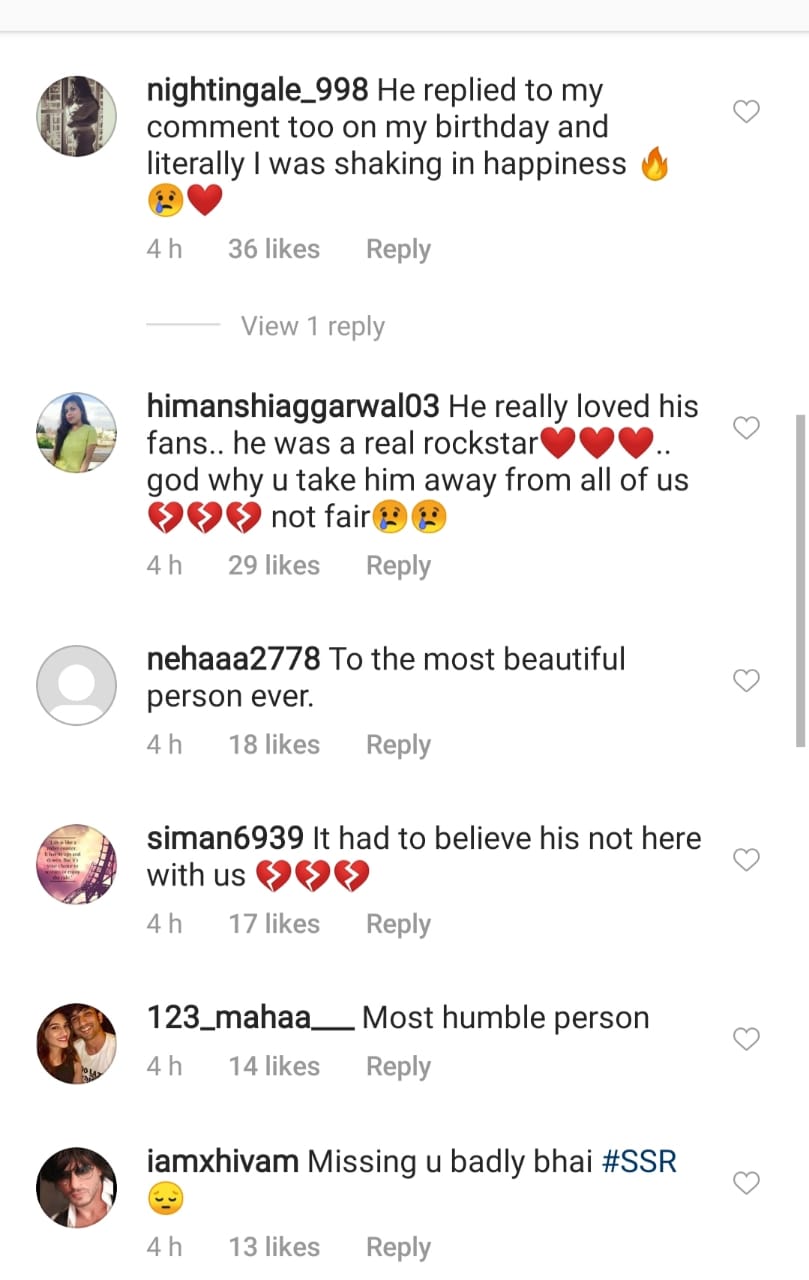 Mahesh Shetty took to his Instagram handle to express his emotion for Dil Bechara. He shared several behind-the-scenes photos and videos from the movie featuring Sushant Singh Rajput. Mukesh Chhabra, the director of the movie is also seen in some pictures. In one slow-motion video, Sushant is seen playing cricket as he takes on bowling, wearing Indiana 45 jersey.

Dil Bechara cast has Sushant Singh Rajput along with Sanjana Sanghi in her debut as a lead. Saif Ali Khan is also making a cameo in the film. The movie is based on the 2012 novel The Fault in Our Stars by John Green. The soundtrack is composed by A. R. Rahman with lyrics penned by Amitabh Bhattacharya. Dil Bechara album has garnered positive responses from the audiences.

The movie has a screenplay by Shashank Khaitan and Suprotim Sengupta. It is bankrolled by Fox Star Studios. Initially titled as Kizie Aur Manny, the film got postponed multiple times,  missing its theatrical release. Dil Bechara is now available on Disney+ Hotstar, free for subscribers and non-subscribers.

Also Read| Armaan Malik gets emotional after watching 'Dil Bechara,' says 'It left me so numb'