Saif Ali Khan is set to do his second digital show, where he has joined hands with Ali Abbas Zafar. The web series Tandav is on the lines of House of Cards

Saif Ali Khan has not been enjoying the best of times at the box office of late, but it wouldn’t be wrong to say that it has been made up to an extent with the success of Sacred Games. While Nawazuddin Siddiqui’s Ganesh Gaitonde often walks away with all the praises, Saif’s subtler Sartaj Singh too enjoys its own popularity. And now Saif is all set to take this popularity on the digital platform a step ahead. The Omkara star is all set to work in another web series and this time it will be helmed by popular director Ali Abbas Zafar. Saif will play a politician, who works his way up the ladder, in the series. The actor also said that the political series titled Tandav is on the lines of House of Cards, but set in Indian politics.

"I don't want to use American examples, but it's along the lines of 'House Of Cards', although set within the framework of Indian politics. The plot takes into account various factions like Dalit politics and UP cops and the whole nexus between them," the actor said in a statement.

Talking about his role, Saif said, "My character is Chanakya-like, in the guise of a youth leader who comes from a privileged background and aspires to become the prime minister.” 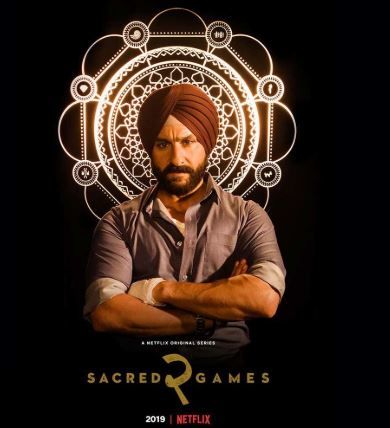 Saif Ali Khan recently featured in the second season of Sacred Games. This time his track was directed by Neeraj Ghaywan, while in season one, it was directed by Vikramaditya Motwane. This season, however, received mixed reviews from the netizens and memes were also created by the unsatisfied ones.

On the film front

Meanwhile, Saif is gearing up for the release of Laal Kaptaan. Saif plays the role of a Naga Sadhu-like person, but he is a menacing assassin and is in the quest for revenge.

The movie has been directed by Navdeep Singh, who had directed the critically acclaimed NH10 starring Anushka Sharma. Laal Kaptaan has been produced by Aanand L Rai’s Colour Yellow Productions and Eros International. The film hits the theatres on October 18. Laal Kaptaan also stars Sonakshi Sinha in a cameo apart from Deepak Dobriyal, Zoya Hussain and Manav Vij.

Ali Abbas Zafar, on the other hand, is among the most successful directors of Bollywood, starting with movies like Mere Brother Ki Dulhan and Gunday and before delivering a hat-trick of hits with Salman, Sultan, Tiger Zinda Hai and Bharat.