There are back-to-back occasions for Kajol to celebrate the bond with her mother Tanuja. After quipping over their role reversal on Daughters’ Day on Sunday, the former had another reason to hail her mother. The veteran actor turned 75 on Monday and the ‘Dilwale Dulhaniya Le Jayenge’ star was profuse in her praise of the ‘super mom’ and the woman who taught her what ‘super in superwoman stood for.’

Tanuja’s near and dear ones it seems got together for her special milestone as Kajol’s video on Instagram seemed to indicate. In the video, several photographs of the ‘Birthday Girl’, in the form of sketches, including those from her appearances in films, with her daughters Kajol and Tanishaa Mukerji, and with the title ‘75 and fabulous’ are spread out.

With the music in the background and some people, it seemed that Tanuja was turning 75 indeed in a a ‘fabulous’ way.

Sharing another snap where she is posing along with Kajol and Tanishaa, Tanishaa captioned, “Happy birthday my darling mother....we are because of you! ❤ @kajol #tanuja 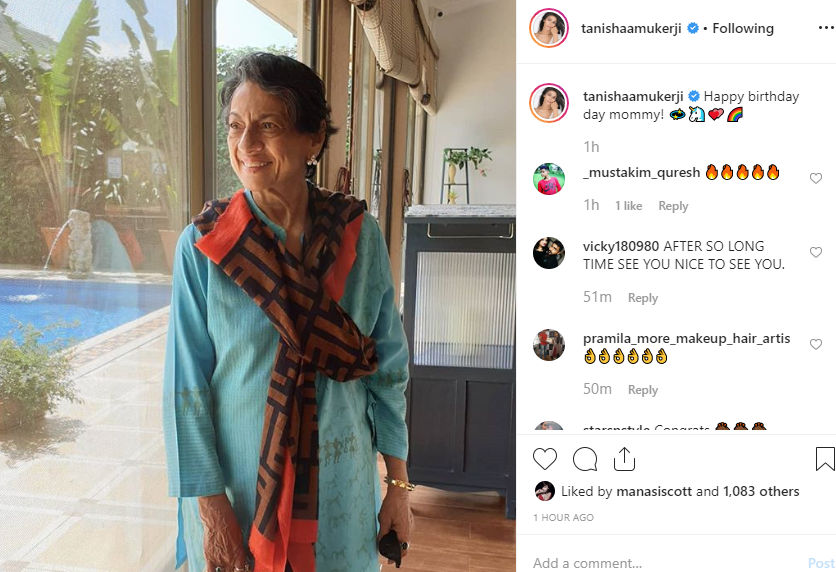 READ: Kajol Is All Smiles As She Poses With Mother Tanuja And Sister Tanishaa Mukerji

Tanuja enjoyed immense popularity in the ‘60s and the ‘70s where she featured in several films opposite Rajesh Khanna, Dharmendra and Sanjeev Kumar. ‘Jewel Thief’, ‘Haathi Mere Saathi’, ‘Mere Jeevan Sathi’ were some of her loved films from that era.

In May earlier this year, Tanuja had recently been diagnosed with diverticulitis and was hospitalised, before recovering from it.

READ: Ajay Devgn And Kajol's Daughter's Day Wish For Nysa Is All Hearts

Among the last notable on-screen appearances, Tanuja featured in the 2016 film ‘A Death in the  Gunj’ which was directed by Konkona Sen Sharma and featured Kalki Koechlin, Ranvir Shorey, Vikrant Massey, Om Puri, Jim Sarbh, among others.

Before Tanuja’s birthday, Kajol had shared an adorable snap on Instagram where her mother is seated on her lap and termed it as 'Two daughters and two moms' and their 'positions reversed' on Daughters Day. 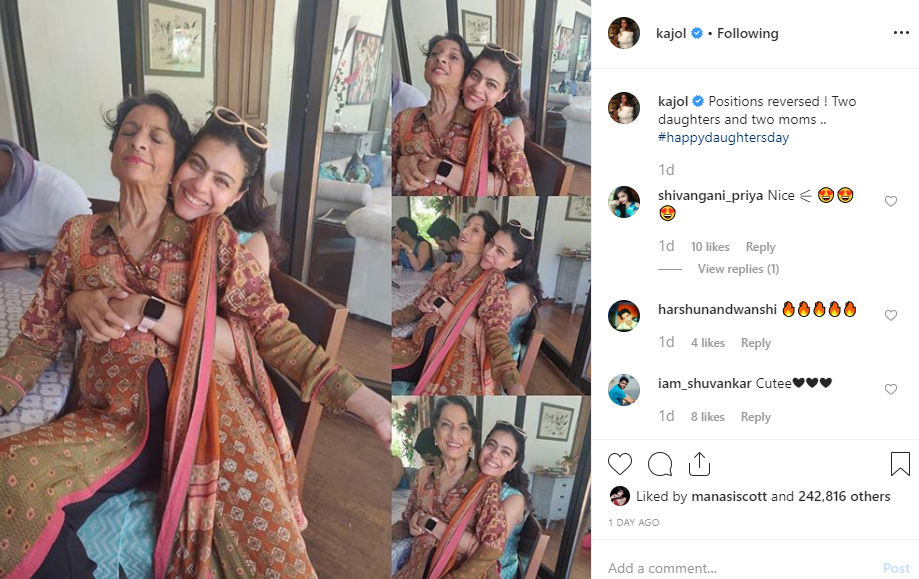