Bollywood actor Tiger Shroff, on Tuesday, conducted an "Ask me Anything" session on his Instagram handle and revealed the name of his favourite actress. 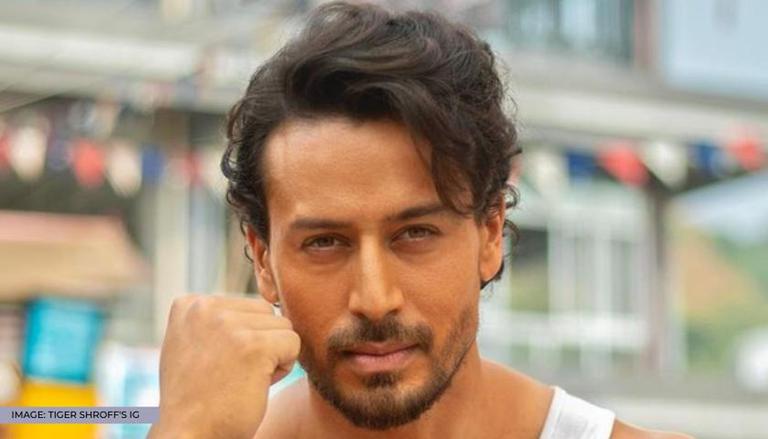 
Bollywood actor Tiger Shroff, on Tuesday, hosted an "Ask me Anything" session to interact with his 30.4M Insta fam. During the session, an Instagram user asked the actor to reveal the name of the latter's favourite actress. In response, Shroff wrote, "Madhuri Dixit mam". 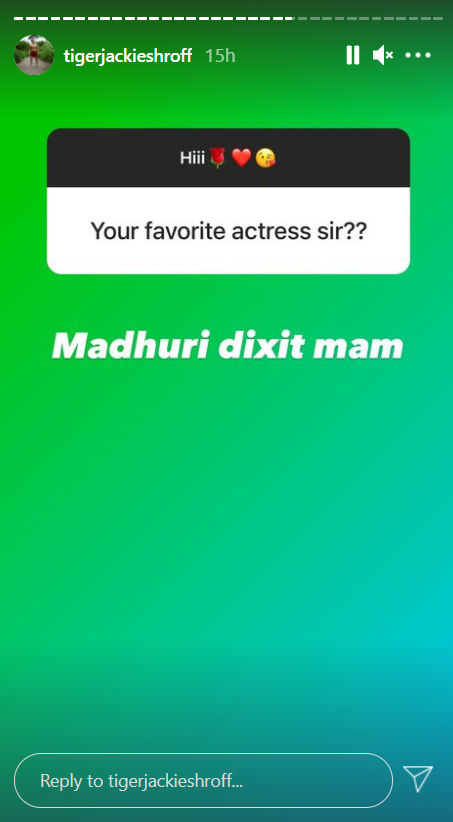 Apart from revealing his favourite actress, the Student Of The Year 2 actor also revealed that though there is no favourite particular dish of his, he loves Japanese cuisine. Meanwhile, another user had asked him to name his favourite cricketer, the actor tagged 26-year-old Indian cricketer Shreyas Iyer. On the other hand, he shared a picture of the late Michael Jackson as a response to a question about his favourite singer.

Interestingly, Tiger also unleashed his humorous side during the interactive session as he answered several questions with a dash of humour on Instagram Story. A user asked him to give a tip on how to achieve the perfect jawline. And, in reply, Tiger responded, "Chingum kha bhai (eat chewing gum bro)". On the other hand, the actor also talked about his upcoming projects and informed his fans that from Wednesday, he will shoot for Heropanti 2 in Mumbai. The upcoming film will also feature his SOTY 2 co-star Tara Sutaria.

READ | Madhuri Dixit drops video with her mother on her b'day, calls her 'source of inspiration'

Meanwhile, Tiger's latest Instagram post is a video, which was shared on Tuesday. In the video, he can be seen scoring a goal and amid that, he got a muscle pull. Captioning his video, Shroff had written, "When your body can't keep up ...pulled my muscle but didn't miss after that luckily".

More about Tiger Shroff's next films

Tiger was last seen in the Ahmed Khan directorial Baaghi 3, co-starring Riteish Deshmukh and Ankita Lokhande, among many others. On the professional front, the 31-year-old actor has numerous projects in his kitty, apart from the sequel of his debut film. He is all set to mark his second collaboration with his co-star Kriti Sanon in an action-thriller, titled Ganapath. He also has Rambo part 1 and Baaghi 4 in his kitty.