After his career-best performance as a sprinter in Bhaag Milkha Bhaag, Farhan Akhtar is ensuring that his next act as a sportsperson is not any less. While he has the same captain of the ship,  Rakeysh Omprakash Mehra, helming him, he is leaving no stone unturned so that the duo delivers another memorable film. And for that, the actor is working extremely hard to fit into the role of a boxer. The actor-filmmaker has been sweating it out in the practice sessions so that every punch looks convincing inside the ring. Farhan Akhtar has been regularly sharing pictures and videos of his boxing prep on social media. In his latest video, the actor was once again seen showcasing intense passion, energy and dedication in grasping the body language of a boxer. Even his girlfriend Shibani Dandekar was impressed by his ‘beast mode.’

On Tuesday, Farhan Akhtar shared a video on Instagram where he is practicing boxing. Dressed in a sleeveless T-shirt and shorts, the actor is seen punching the hung boxing bag continuously and quickly to completely get into the skin of the character. His focus during the session stood out, as his eyes were completely on the target in front of his eyes. The Dil Chahta Hai director captioned the post, “Keeping at it. #toofaninthemaking #bts #boxerlife #drillsforskills #speedball 🥊.” 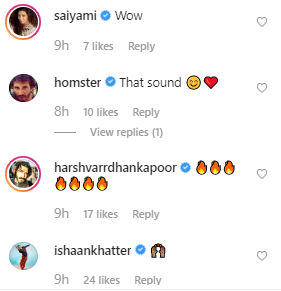 Several B-Town stars like Ishaan Khatter, Saiyami Kher, Homi Adajania, Sayani Gupta were left bowled over by Farhan’s boxing skills. However, it was Shibani Dandekar, who had the best reaction to his video. She wrote, “Best mode” along with emojis of flame and boxing gloves.

Farhan Akhtar has been sharing several pictures and videos from his preparation for the role. He had also suffered a hairline fracture in his hand during one of the sessions. Sharing an X-Ray report at that time, he had written, “When nature plays Tetris .. and yup, that’s my first legit boxing injury .. a hairline fracture on the hamate (courtesy @kongkoul 🙏🏼)found among the carpal bones of the hand. 👊🏼 #nopainnogain #ToofanInTheMaking #trophycollector #weareallthesameinside.

Toofan is gearing up for release on October 2, 2020. Farhan’s banner Excel Entertainment is also one of the producers on the movie, along with Rakeysh Omprakash Mehra. It will have music by Shankar-Ehsaan-Loy and lyrics by Javed Akhtar.

PEOPLE HAVE PLEDGED SO FAR
Farhan Akhtar spotted at ex-wife Adhuna Bhabani's salon Bblunt
Toofan: Farhan Akhtar shares a BTS picture from his upcoming film
Farhan Akhtar: A list of the best movies directed by him
Farhan Akhtar: Adorable posts made by the actor and his girlfriend for each other
Farhan Akhtar wishes a fun-filled day for daughter Akira
Esha Gupta's monokini pictures where she flaunted her toned body; check them out
'Shubh Mangal Zyada Saavdhan' a step ahead of 'Bhoot' at the BO post Week 1
Fans react to Radhika Madan's 'Nachaan Nu Jee Karda'; say love the 'Bollywoodgiri'
DO NOT MISS
MP CONGRESS INFIGHTING INTENSIFIES
OUTGOING LT. GEN ON KASHMIR
TELANGANA MINISTERS ON CORONAVIRUS
INDIA CONTINUE UNBEATEN RUN
BOM FOR 'BOMBAY' CONFUSED AS 'BOMB'
OWAISI QUESTIONS HYD POLICE