Ahead of the release of 'Sardar Udham', makers dropped a video of Vicky Kaushal narrating a soul-stirring poem about the freedom fighter Sardar Udham Singh. 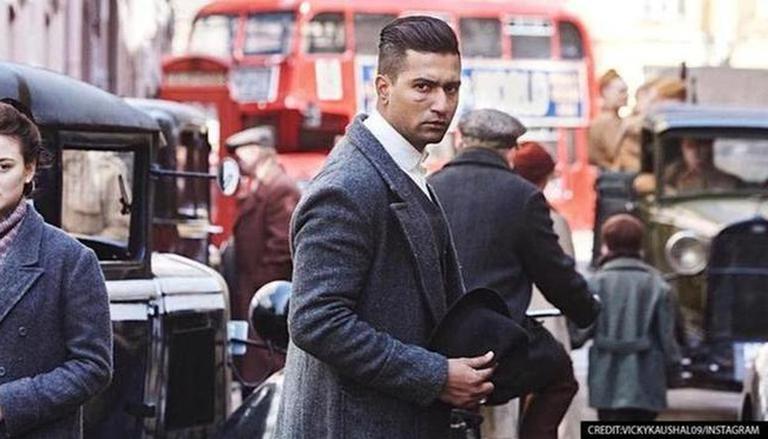 
Actor Vicky Kaushal will soon be seen portraying the role of freedom fighter Udham Singh. The film titled Sardar Udham will have a glimpse into the untold story of the revolutionary freedom fighter. Ahead of the film's release, the makers have dropped a video of Kaushal reciting a poem about Sardar Udham Singh and narrating the tale of his bravery.

Ahead of the release of Sardar Udham, Amazon Prime Video dropped a video of Vicky Kaushal narrating a poem on the revolutionary freedom fighter, Sardar Udham Singh. The poem, titled Kaun Tha Udham, gives the audience an insight into the story of Udham Singh, who took upon himself to avenge India’s most dreadful tragedy, the Jallianwala Bagh massacre. Watch the video below-

The biographical movie led by Vicky Kaushal will chronicle the lesser-known story of the legendary Indian revolutionary Sardar Udham Singh. The film will delve deeper into his boundless courage to avenge the death of his countrymen, in an event that shook the British Empire. Sardar Udham is directed by Pink fame director Shoojit Sircar. The Amazon Original movie is bankrolled by Ronnie Lahiri and Sheel Kumar and is slated for a global release on Prime Video during Dussehra on October 16, 2021. The movie was earlier scheduled to release in the theatres in 2020 and then later in January 2021 but was postponed due to the pandemic.

Talking to ANI about his role in the upcoming film, Vicky said, "The story of Sardar Udham Singh is one that enthralled and inspired me. It represents strength, pain, passion, extraordinary courage and sacrifice, and many such values that I have tried to do justice through my character in the film. The role called for a lot of physical, and even more mental preparation to get into Udham Singh’s shoes and bring to life the story of a man whose heroism and grit stand unmatched."

Meanwhile, director Shoojit Sircar while talking about the upcoming film said that Sardar Udham was his dream project and it took years of research to make the biographical movie. He described the movie as a 'story of a martyr who sacrificed his life to avenge India’s most dreadful tragedy.'