Hrithik Roshan and Tiger Shroff's power-packed act has stayed super strong on Day 2 at the box-office. Taran Adarsh revealed the figures of Day 2 on Twitter

Hrithik Roshan and Tiger Shroff's power-packed act has stayed super strong on Day 2 at the box-office. Sharing the figures, trade analyst and film critic Taran Adarsh took to his Twitter handle and highlighted the fact that collecting Rs 20 crore plus on Day 2 is a 'rarity' in Bollywood. The film collected Rs. 23. 10 crore on Thursday, taking the grand total to Rs. 74.70 crore in two days (Hindi version). Take a look -

War Review: Hrithik Roshan-Tiger Shroff is all flamboyance, no story

#War is super-strong on Day 2 [working day], after the national holiday on Day 1 [#GandhiJayanti]... Collecting ₹ 20 cr+ on a working day - which happens to be Day 2 in this case - is a rarity... An achievement, since most biggies don’t score ₹ 20 cr on Day 1.

The lead star cast - Hrithik Roshan, Tiger Shroff and Vaani Kapoor, along with director Siddharth Anand, addressed the media on Friday to celebrate the terrific and fabulous response received on Day 1 at the box-office. For those unaware, Hrithik Roshan and Tiger Shroff’s WAR has created history on day 1 of its release. The biggest action spectacle of Bollywood lived up to its massive pre-release hype as it collected 53.35 crore nett all India (Hindi : 51.60 Cr and Tamil & Telugu - 1.75 Cr). 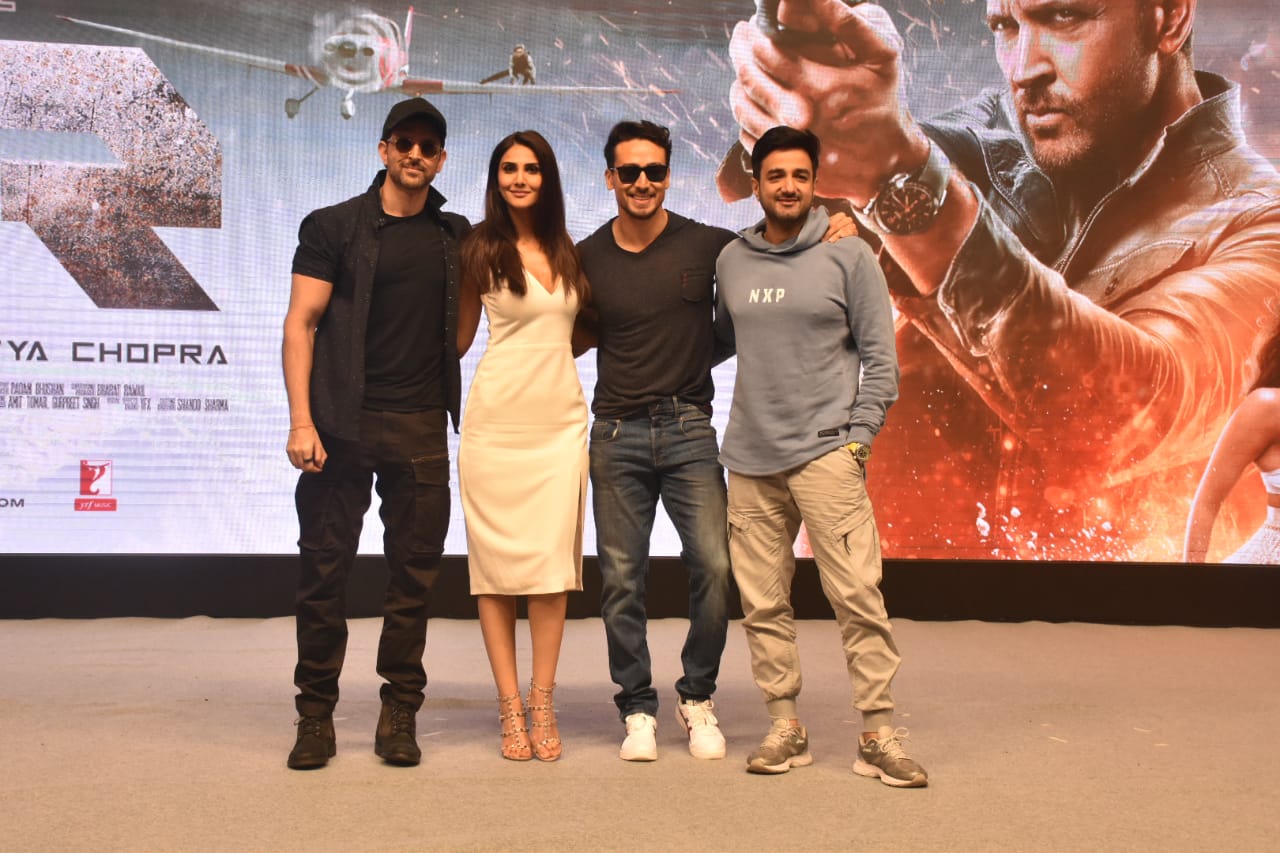 According to the makers, the film has registered eight "milestones", which includes the feat for the biggest opening in the history of Hindi cinema. "It is truly overwhelming and gratifying to get this kind of love from audiences for our hard work in making 'War a truly big screen spectacle. "Having two of the biggest action superstars of Indian cinema, we had the immense responsibility to give audiences a never seen before visual experience and I feel hugely validated that people across the country have loved our action entertainer that has pushed the envelop of action genre in India," Siddharth said.

The director also congratulated the film's two leads -- Hrithik and Tiger -- on the movie's success. "I also share this moment with Vaani, all the actors and the entire team that has worked tirelessly on this film to make 'War' a huge winner at the box office," he added. Here are the following records that War smashed with its incredible opening day: