'War' actor Tiger Shroff imagined how his character Khalid's dream sequence in the movie will be. He performed to Ghungroo song and left Bollywood awestruck.

Tiger Shroff has established himself as the quintessential Bollywood hero, who beats the baddies, romances the ladies and dances like a dream, with every venture of his five-year career. However, in the biggest hit of his career, War, he surprisingly did not romance. The actor was only landing kicks, punches, firing the bullets, while trying to checkmate Hrithik Roshan’s character and didn’t find the time to have a ladylove. If the Heropanti star had a choice to rewrite the movie, how would he do it? Tiger wouldn’t still have a ladylove, but there would be some feelings for sure, courtesy some dance moves. The actor grooved brilliantly to the track Ghungroo recently, terming it as the ‘dream sequence’ of his character, while dedicating it to his ‘hero’ Hrithik Roshan and his ‘heroine’ Vaani Kapoor.

Tiger Shroff on Wednesday shared a video on Instagram where is dancing with two other dancers on a terrace. The song he is dancing to is Ghungroo, which was picturised on Hrithik-Vaani in the movie, and was loved by the audiences. The actor is seen performing some cool moves, showcasing amazing flexibility. When the song slows down, he too walks with a swagger in slow motion, removes his hat and sets his hair up. While most of the steps are different from the original, he concludes with the hook step, involving touching the feet and turning it around. He wrote that it was his character Khalid’s ‘dream sequence’, and added that it was for his hero Hrithik and his on-screen love Vaani.

READ: Tiger Shroff: Popular Dialogues Of The Action Star From His Films 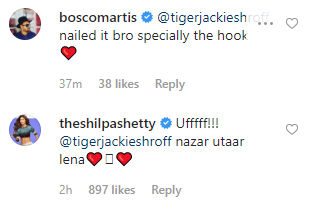 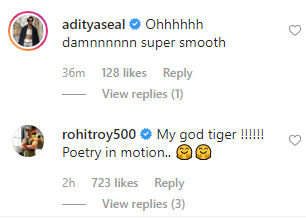 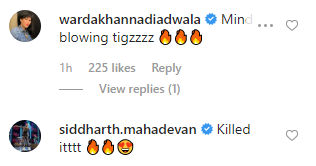 Ghungroo has been composed by Vishal-Shekhar and crooned by Arijit Singh and Shilpa Rao. Apart from this track, Tiger also set the dance floor on fire with Jai Jai Shivshankar, where he grooved with Hrithik Roshan. Meanwhile, War did historic business at the box office, to become the highest-grosser this year, and the only movie to enter the Rs 300-crore club in 2019. The movie has been directed by Siddharth Anand. Aditya Chopra’s Yash Raj Films produced it.

READ: Tiger Shroff: Everything You Need To Know About This True Piscean