World Environment Day: Rajkummar, Bhumi & Others To Be A Part Of UN’s Special Music Video

With World Environment Day just around the corners, stars like Rajkummar Rao, Bhumi Pedenkar, Arjun Kapoor, and others have come together for a special video. 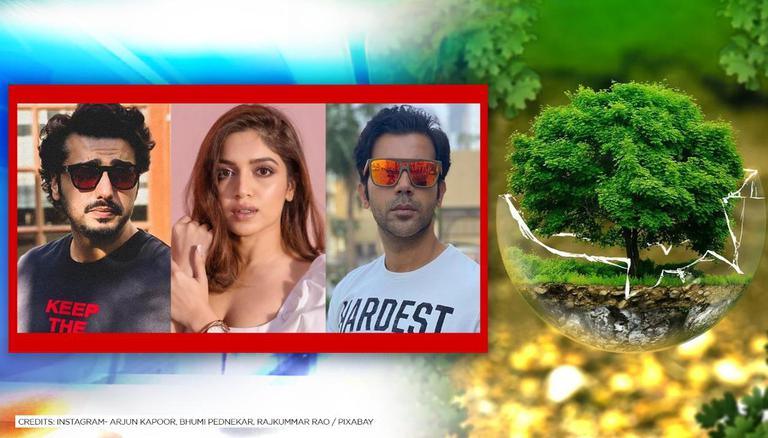 
Environment conservation is one of the topics that have been highlighted by several Bollywood stars on social media. With World Environment Day just around the corner, stars like Rajkummar Rao, Bhumi Pedenkar, Arjun Kapoor, Akshay Kumar, and others have come together for a musical campaign. Titled Dharti Ka Dil, which is supported by the United Nations and the Ministry of Environment, Forest and Climate Change. The campaign will consist of a music video, and sound and song bytes of celebrities.

Environmentalist and green crusader Asif Bhamla, who is coordinating the initiative through Bhamla Foundation, shed some light on the initiative and revealed that they were previously felicitated by the UN for their Tik Tik Plastic campaign. This year their theme for the special day is ‘ecosystem restoration', hence the music video will focus on the need to rejuvenate the planet just like the forefathers. He even mentioned that the video is expected to drop on social media before June 5.

The music has been composed by Shaan, with Swanand Kirkire taking over the song-writing duties. Singers B Praak, Adnan Sami, Shankar Mahadevan, Palak Muchhal, and others have lent their voice as well as featured in the track. Explaining the decision to rope in film personalities, Bhamla gave reasons for roping in Bollywood stars and said that the celebrities are role models. He further said that Arjun, Taapsee, Bhumi, Rajkummar, Sonu Sood, and others are part of the song bytes. He also said that several other stalwarts from various walks of life including Sachin Tendulkar, Manish Malhotra, as well as senior heads of the United Nations Environment Programme [UNEP] are also part of the song byte.

Bhamla is grateful the stars have thrown their weight behind the idea, despite their busy schedules. Explaining the challenges that all faced to curate the video, Bhamla said that the biggest challenge was to create the song and organise sound bytes during the lockdown. He further added that of all the entries that have come from other countries, the UNEP has chosen to unveil the India teaser on social media by May 31.