With just a month left for Blonde release and amid all the criticism Ana de Armas is receiving, director Andrew Dominik reflected thoughts on film's storyline. 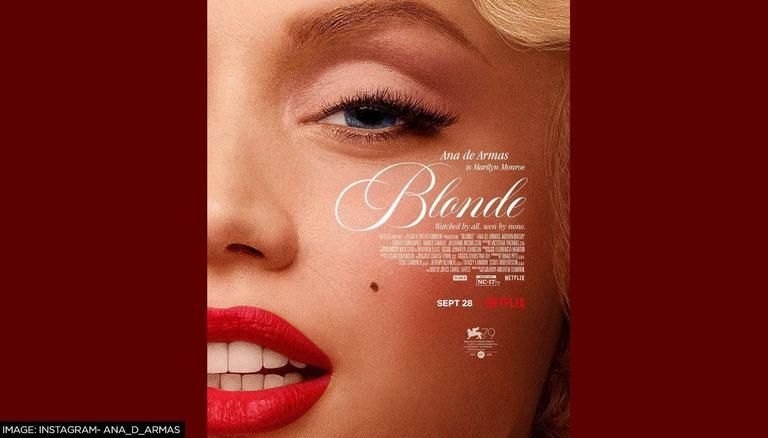 
With a month left for the release of actor Ana de Armas's starrer Blonde, the film has been receiving criticism online. Releasing on September 23 on Netflix, the movie based on the 2000 novel of the same name by Joyce Carol Oates, shows various facets of the Hollywood screen icon, Marilyn Monroe.

After receiving immense love for her role in the Russo Brothers starrer The Gray Man, Ana, is being criticized for stepping into the shoes of Marilyn Monroe, while exploring the ‘split between her public and private selves.” For the unknown, Blonde was hoping to premiere at this year’s Cannes Film Festival but was unable to do so considering the festival’s rule is for all films in the competition to have a full theatrical release in France.

However, now with just a month left and amid all the criticism that the lead actor is receiving, director Andrew Dominik sat down for a conversation with Vulture and spoke about how the elements in the films are such that they could ‘offend everyone.’ While elaborating on the same, he said, “It's a film that definitely has a morality about it. But it swims in very ambiguous waters because I don't think it will be as cut-and-dried as people want to see it...There's something in it to offend everyone.” It will be critical of American sacred cows, and “it includes Kennedy”, with whom Marilyn reportedly had a torrid affair. Not just this, she is also supposed to have had a relationship with the President’s younger brother, Robert, who was the then Attorney-General, the second most powerful person in the US”

Through his lens, the director wanted the world to experience what it actually felt like to not only be Marilyn Monroe, but also Norma Jeane (the star's real name). Even the Cuban-Spanish star, Armas had a difficult time filming for the part, which was to have gone to Jessica Chastain and Noami Watts in the early stages of Netflix planning. Not just her physical transformation, Ana told the International outlet, that she even had to work hard to get into Monroe's headspace. “She went through a lot of things that were not easy at the time—it would not even be easy right now. I was lucky I had months to prepare. We don't usually have that luxury—we usually have to rush into the project and make it as you go, but on that one, I really had the time to study. There's so much material about her, like so much to watch and listen to. It's incredible,” Ana added.