Anastasia Karanikolaou Talks About Her Marriage Rumours With Noah Centineo

Anastasia Karanikolaou, known by her Instagram name as Stassie Baby was rumoured to be married to Noah Centineo. Here's what she has to say about the same. 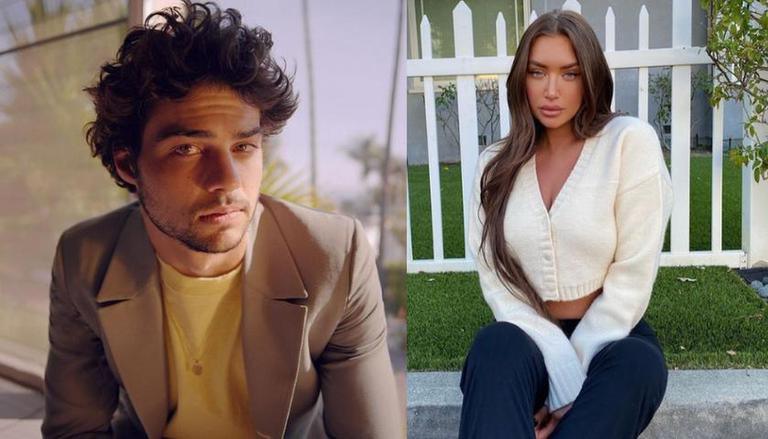 Stassie and Noah Centineo got married?

Rumours of Stassie and Noah Centineo being together started in June 2020 when Stassie's fans noticed her and Centineo exchanging flirty messages on Instagram. "Give my damn jacket back woman. PLEASE," Centineo wrote to Karanikolaou in her comments after she posted a fiery picture of herself wearing an oversized black and red sports jacket and a white T-shirt. Karanikolaou then playfully responded, "What are u talking about it's my jacket." The two were also sported spending Halloween together.

Further, Anastasia also shared insights about her girl gang parties. She said that if they have to go somewhere at 8, they will start getting ready at 3. She said that they always get ready together so it just starts the night outright. She added that her perfect evening includes a vodka soda with whole lemon squeezed into it and her favourite YouTube hip hop playlist and baking in enough time to capture plenty of social content.

Stassie Baby talked about her social content and said that they all get their TikToks and photos clicked before they leave the house because they don’t know if there is going to be a cute photo spot at the restaurant. So they have got to get the photos before as backup. Anastasia Karanikolaou mentioned that Kylie Jenner and Victoria Villarroel take really good photos of her.

Anastasia Karanikolaou on her childhood

Anastasia also spoke about her childhood and revealed that her mother struggled with addiction so that was a big thing. She mentioned that they share a very distant relationship. Stassie also mentioned that her dad used to work for 16 hours a day and did whatever he could to provide the best life for his children. She also admitted that she faced social anxiety. She says that Stassie Baby on Instagram is not the only side of her, there is more to her life than just that.

Kylie Jenner’s best friend informed that she first met her at Barnes & Noble, then the two reconnected at a friend’s house in middle school. The pair had a sleepover that same night and have been inseparable ever since. She says that they know too much about each other and so they are stuck with each other forever.