'Armageddon' Cast: Check Out The Actors Of This Science-fiction Movie

Armageddon is a popular science-fiction movie released in 1998. Read further ahead to know Armageddon cast and other details regarding work credits. 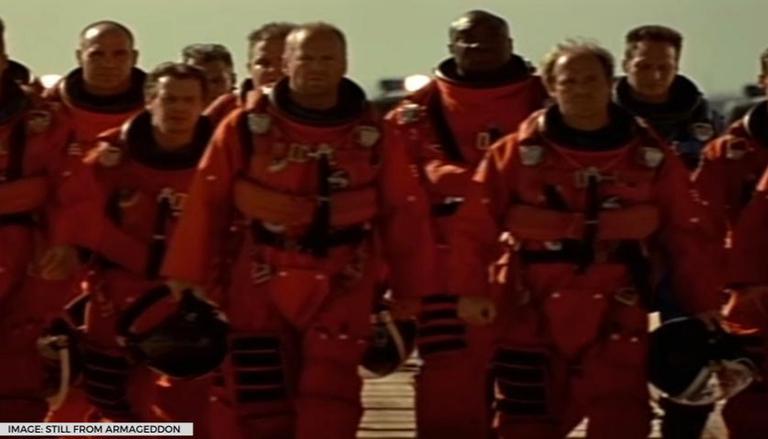 
Armageddon is a 1998 American science-fiction movie directed by Michael Bay. Armageddon revolves around a shuttle’s unfortunate demise in outer space which makes NASA aware of a doomsday asteroid  that is going to collide soon with Earth. It seems that the only way to knock it off course is to drill into its surface and detonate a nuclear weapon. But as NASA's under-funded yet resourceful team train the world's best drillers for the job, the social order of the world begins to break down as the information reaches the public and hysteria results. High-ranking officials play politics and the drilling team faces deep personal issues which may jeopardize humanity's chance of survival. The film stars actors like Ben Affleck in the lead roles. Read on to know more about the Armageddon cast and their work credits.

Ben Affleck plays the role of  A.J Frost in the movie. Ben has been a part of some amazing movies like Argo, Gone Girl and Good Will Hunting. Ben was last seen in the Zack Snyder’s Justice League and the movie The Way Back in 2020.

Bruce plays the role of Harry in the movie. Bruce is one of the legendary actors of Hollywood and has been associated with project like Pulp Fiction, Die Hard and The Unbreakable. He was last seen in the movie Cosmic Sin.

Billy plays the role of Dan in the movie. Billy has been a part of some popular movies like Sling Blade, A Simple Pan, and Monster’s Ball. He was last seen playing the role of protagonist in the show Goliath.

Liv Tyler plays the role of Grace in Armageddon. Liv has featured in projects like Lords of the Rings,  Ad Astra, and Gunpowder. She was last seen the movie 9-1-1 Lone Star.

READ | Jennifer Lopez excited for her ex-fiancé and BF Ben Affleck to meet her kids: Report

Steve Buscemi plays the role of Rockhound in the movie. He also played a peculiar role in the popular movie Fargo. He was last seen in the movie Hubie Halloween.

READ | Jennifer Lopez is leaving Miami and moving to Los Angeles to be with Ben Affleck?