Azealia Banks, the rapper of popular track 'Black Madonna' has sold her audio sex tape with fiance Ryder Ripps as a digital NFT. The audio tape was sold for 17K

Azealia Banks was recently in the news for selling her sex tape with fiance Ryder Ripps. After selling her audio sex tape as NFT for $17,240, she called the cryptocurrency 'a scam'. She took to Instagram to give her views on the use and idea of cryptocurrency. After making use of the NFT to sell her audiotape, she later slammed the blockchain method in a three story-long message on Instagram. 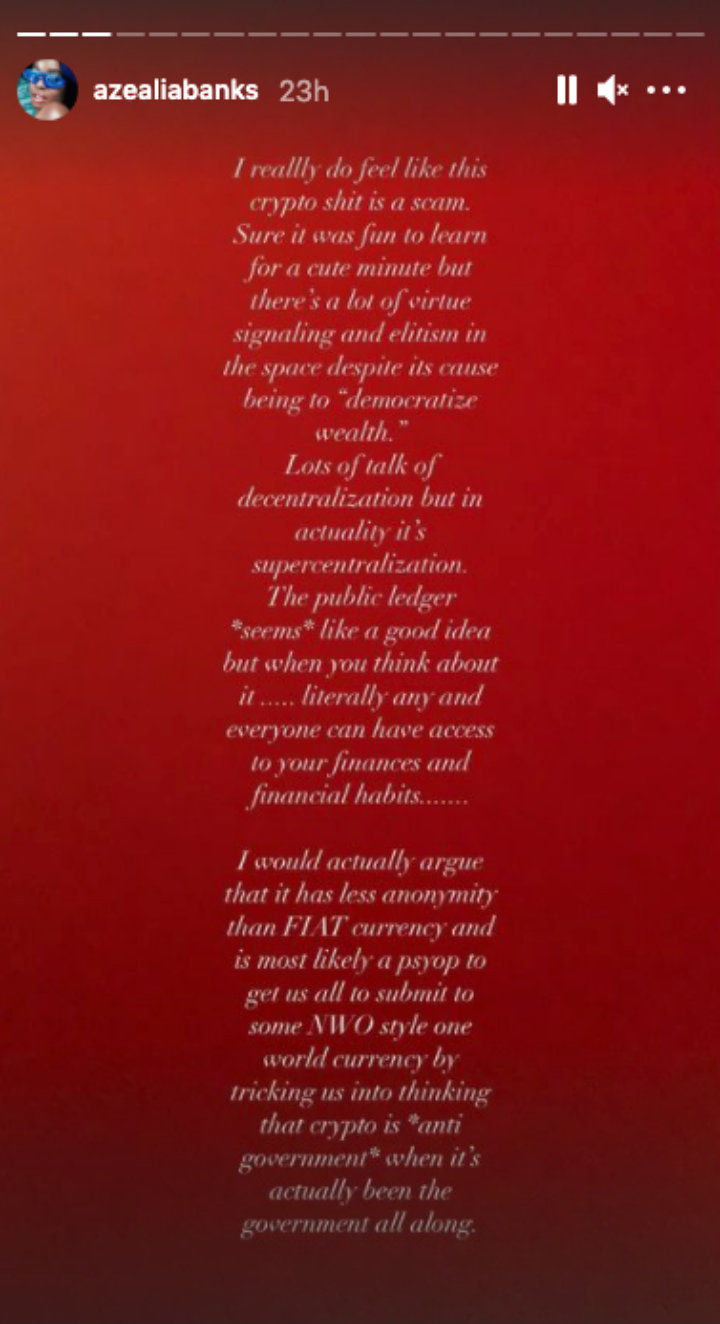 Azealia Banks, in her Instagram story, called cryptocurrency a scam and not something she would indulge in, in the future. She said, “I really do feel like this crypto s**t is a scam. Sure it was fun to learn for a cute minute but there’s a lot of virtue signaling and elitism in the space despite its cause being to ‘democratize wealth.’" Speaking about the conspiracies surrounding cryptocurrencies, the rapper concluded saying, “I would actually argue that it has less anonymity that FIAT currency and is most likely a syyop to get us all to submit to some NWO style one world currency by tricking us into thinking that crypto is *anti government* when it’s actually been the government all along.” Adding further to her explanation, she explained her reason for selling the audiotape. She said that even 100 years from now people will be indulging in intercourse just like they indulge in food and drink water. The audiotape was sold by Azealia Banks' fiance Ryder Ripps and the duration of the tape is said to be over 24 minutes. She concluded her digital monologue by saying that if the food cannot be democratized then, people should 'shut up' about sharing the wealth. She said that she finds it 'nauseating' and said 'just be real with yourself'.

READ | Meek Mill’s net worth 2021: All about the 'Going Bad' fame American rapper 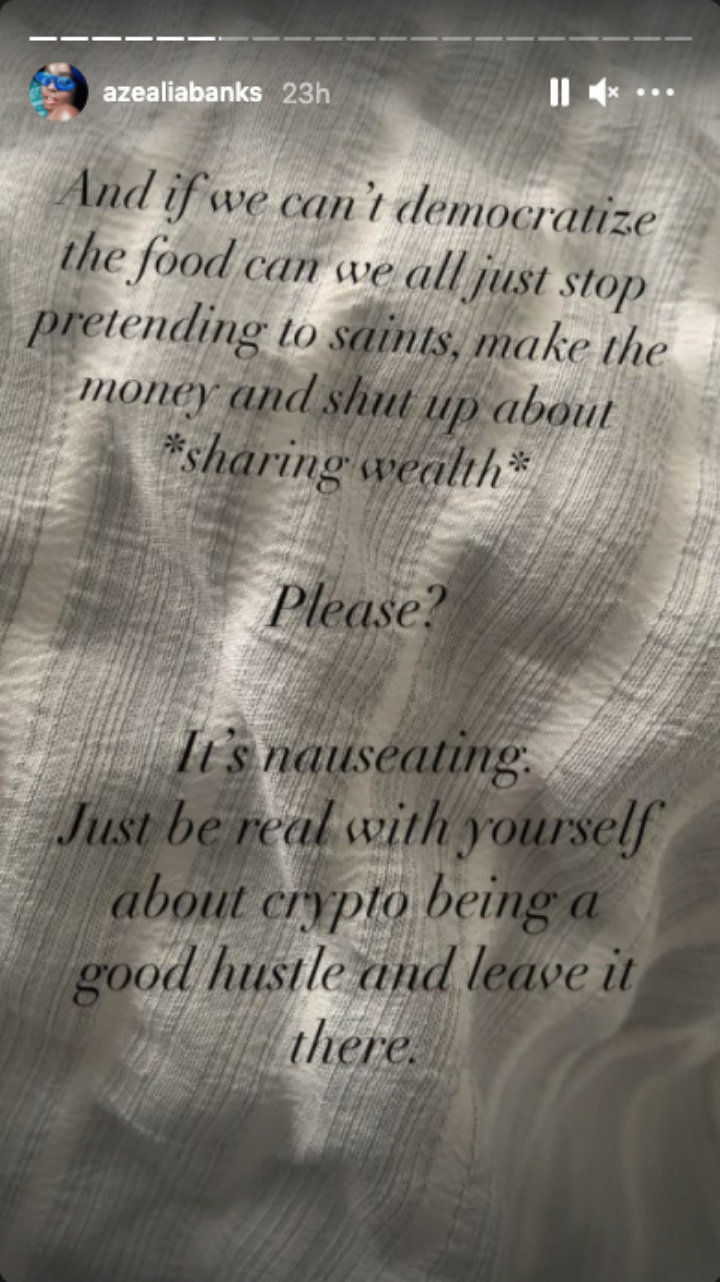 Azealia Banks sold her tape as a digital art NFT. The tape was sold to Foundation, which specializes in collecting and selling digital art NFT. Non-Fungible Tokens or NFTs are digital blockchain assets with unique identification codes. They cannot be sold or traded at equal rates, unlike other cryptocurrencies. NFTs are also called 'Nifties' and can be traced back to the original creator of the asset.

A short introduction to Azealia Banks

Azealia Banks is a 29-year-old American rapper who debuted in 2011 with the single 212. The song went viral and also stremed on several music charts. She made her acting debut in 2017 with the film Love Beats Rhymes for which she received positive reviews. Azealia is infamous for having disputes with public figures on Twitter. Azealia Banks' fiance is Ryder Ripps with whom she announced her engagement in February 2021. She is known for her songs like Black Madonna, Anna Wintour, Aquababe, Jumanji, among others. Her first single of 2021 is Six Flags from her upcoming album Business & Pleasure.

READ | Azealia Banks posts video of her dead cat and deletes it, faces backlash from netizens