Ben Affleck and George Clooney and arrived at the red carpet of 'The Tender Bar' and opened up about sharing the screen together in future. 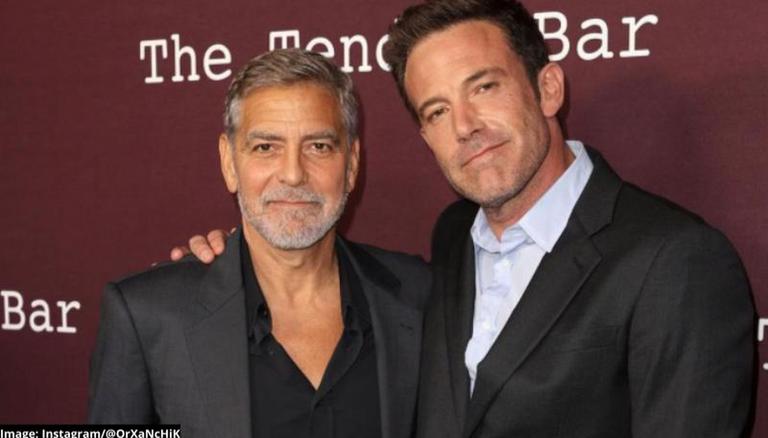 
Ben Affleck and George Clooney are two of the highest-paid actors in Hollywood and have one common DC connection, Batman. Both Clooney and Affleck have played the caped crusader and recently reunited at the premiere of the movie The Tender Bar which Clooney directed and Affleck stars in. As the duo was spotted on the red carpet of the event, both the actors revealed if they would ever star in a movie together.

Ben Affleck and George Clooney on working together

On Sunday, Clooney and Affleck arrived on the red carpet at the Los Angeles premiere of their movie The Tender Bar, which Clooney directed and Affleck stars in. The duo in a conversation with Entertainment Weekly opened up about whether or not they'll ever share the screen. Affleck said, "We had a great experience working together previously, he produced Argo [with me]. He just has so much experience doing his thing, doing this job, and it's like, such a gift. Because it cuts through all the noise and gets right to the x, y, z. Bing, bang, boom."

I can totally see it happening again🥺❣️

Ben answered the question of whether or not he would ever act alongside Clooney and said, "I would love to. He's gotta hire me, I mean, he's gotta cast himself and hire me. Maybe that's the next step. He's a really really smart actor, and what I really learned about George as an actor, is George really understands exactly how to kind of calibrate a performance. He really understands the audience's expectations."

When Clooney was asked the same question he joked and said that Affleck would make him look shorter on-screen. He said, "He's a foot taller than me! He makes me look like Mickey Rooney when I stand next to this guy. I think it would be too much sexy for one screen Because he's a one-time sexiest man, but not a two time."

Meanwhile, The Tender Bar is a coming-of-age drama film that also stars Tye Sheridan, Lily Rabe and Christopher Lloyd.  It is an adaptation of the 2005 memoir of the same name by J. R. Moehringer and is set to be released in theatres on December 17, 2021.

READ | Ben Affleck gushes about girlfriend Jennifer Lopez; Says he is in 'awe' of her
READ | Matt Damon, Ben Affleck starrer 'The Last Duel' to release on THIS date in India