Brandi Glanville shared a few pics to give a peek into son Mason's 18th birthday. Her ex-husband Eddie Cibrian also attended the celebration with his wife LeAnn 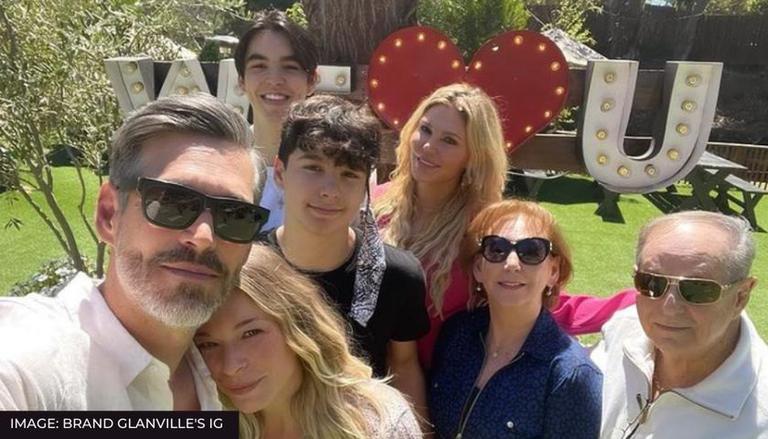 
The former Real Housewives of Beverly Hills star Brandi Glanville, on Wednesday, took to her verified social media handle and shared a picture post to give a sneak peek into the celebration of her son Mason's 18th birthday. Interestingly, the picture also featured Brandi Glanville's ex-husband Eddie Cibrian and his wife LeAnn Rimes. They celebrated Mason's birthday at STK Steakhouse in Los Angeles." Happy Birthday Mason Glanville / It’s my birthday too I spit you out of my womb 18 years ago today /  this is literally the busiest month of my life", read the caption of Brandi's post.

Earlier in the day, the 48-year-old author posted another picture of her with Mason, writing alongside the snap, "Happy Birthday Mason! You may legally be an adult now but you'll always be my baby boy / I love you so much". On the other hand, both, Cibrian and Rimes, also celebrated Mason's 18 years on their respective social media pages. Cibrian's note to his son read, "I can remember like it was yesterday holding this sweet human in my hands... a baby. Now 18. A man. And just as sweet. And caring, and kind, and intelligent...a beautiful future ahead. Happy Birthday, young man". One of the pictures featured an infant Mason taking bath with his father.

Meanwhile, The Masked Singer winner wrote, "I cannot believe we have an 18 year old in the house". She further added, "It has been a joy to see you evolve into the young man you are today. You are ridiculously handsome and as witty as they come, but most of all, it’s your massive heart that inspires me the most. It’s an honor and a blessing to be your stepmom. Here’s to the rest of your life! I LovE you!". In the photo, Mason and LeAnn were seen flashing a smile for the snap.

A  few years after they met in the 90s, Eddie proposed to Brandi on New Year's Eve in 1999. After getting engaged for two years, the former couple tied the knot in 2001. The former couple then welcomed two kids, son Mason in 2003 and son Jake in 2007. However, their marriage hit a rough patch in 2009, when Cibrian had an affair with Rimes. And, in 2010, they parted their ways.