Brit Awards announced on Monday that they will no longer have distinct male and female artist categories, in an effort to make the music awards more inclusive. 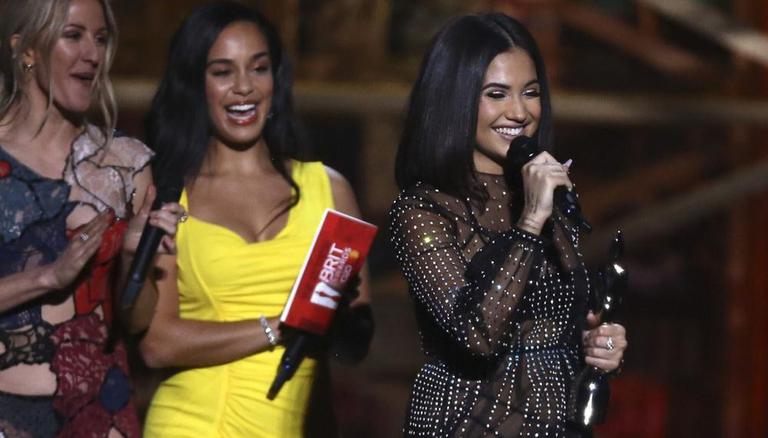 
The Brit Awards announced on November 22, Monday that they will no longer have distinct male and female artist categories, in an effort to make the music awards more inclusive. The modifications are the most recent in a series of adjustments made in response to criticism that the awards have long failed to reflect the diversity of British music. The British Academy of Music, which selects the winners, was expanded in 2017 to include more than 1,000 music industry experts, in an effort to make the group more gender-balanced and diverse.

Next year's awards will include awards for the UK and worldwide artist of the year, in addition to male and female honours in each category. That makes Dua Lipa and J Hus the last ever respective winners of the UK gendered categories. Awards won this year by The Weeknd and Billie Eilish for Best International Male and Female will also be merged as one.

According to organisers, the shift will honour musicians solely for their music and work, rather than how they choose to identify or how others may perceive them. The Brit Awards 2022 will also contain four new awards based on public vote for diverse genres: alternative/rock act, hip hop/grime/rap act, dance act, and pop/R'n'B act. The comedian Mo Gilligan will host the Brit Awards 2022 on February 8 at London's O2 Arena.

Removing gender distinctions from music awards is nothing new; the world's largest music ceremony has been doing it for over a decade. The Grammys discontinued gendered categories in 2011 following a major restructure that saw the show lose 31 awards. After the Recording Academy began awarding more than 100 Grammys per year, the male and female singing categories in pop, rock, R&B, country, and rap were amalgamated. Though the BRITS aren't facing the same issue as they gave out 11 awards this year. However, they did run into difficulties when Sam Smith, a three-time BRITS winner, was ruled ineligible after coming out as non-binary in 2019.

Euronews reported managers determined that Smith's identity could not be accommodated in either gendered category. At the May 2021 event, their third album, the Gold-certified 'Love Goes,' received no nominations. As a result, it was determined that the UK's largest night in music would have to work harder in order to evolve. The emphasis of the 2022 presentation will change from gender to genre, with four new categories determined by public vote. The BRIT Awards' announcement, however, has now split music fans and critics in the United Kingdom.

READ | BRIT Awards 2021: Harry Styles slays with a statement-making handbag at the red carpet
READ | Elton John and Years & Years' Olly Alexander perform 'It's A Sin' at the BRIT Awards 2021