Chrissy Teigen posted an adorable video of her daughter Luna singing the made-up version of a nursery rhyme. Here’s how fellow celebrities reacted to it.

Chrissy Teigen and John Legend are known for poking fun at each other on social media. The Hollywood’s power couple is often seen in witty Instagram wars and Chrissy Teigen’s hilarious comebacks have managed to keep her in the limelight forever. In a recent Instagram post, Chrissy posted a video of her daughter Luna singing a nursery rhyme. The three-year-old toddler is seen singing a made-up version of the nursery rhyme. Check out the video here.

In the video, Luna is seen singing a nursery rhyme that she made-up my mixing up a few words. Chrissy Teigen posted the video and captioned it with a simple ‘what’, while the netizens couldn’t contain their laughter over the adorable song. Many celebrities commented on the post and said that she is a genius. Many even narrated her lyrics and said that the song was a laughing riot. In the video, Luna can be heard saying ‘All the people are red or dead’ on a loop. Check out the celebrity reactions here. 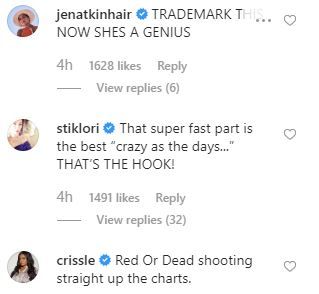 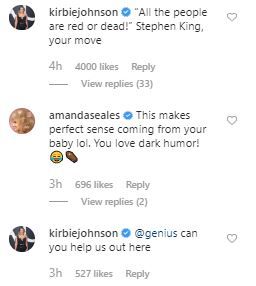 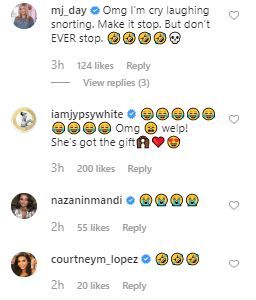 Celebrities and netizens have showered the post with laughing emojis. Some asked Chrissy to trademark the song. Netizens commented that the song gets better by the second and have complimented Teigen saying that her daughter will surely have a bright future. Many pointed out that much like her father, Luna too seems to be a great singer. Chrissy Teigen's husband and Emmy, Grammy and Oscar award-winning singer John Legend was recently honoured with the title of Sexiest Man alive.

Chrissy and John have two children, Luna, 3, and one-year-old son Miles. The two are often seen posting pictures of their kids on their social media accounts. The Legend family has also been on the cover of a magazine. In a recent social media post, John Legend disclosed that his kids had accompanied him to the set of The Voice, where John is one of the judge/ mentor.