Chadwick Boseman was honoured yesterday at the 'Stand Up To Cancer' event by his wife, Simon Leeward. Here's how she honoured her late husband - 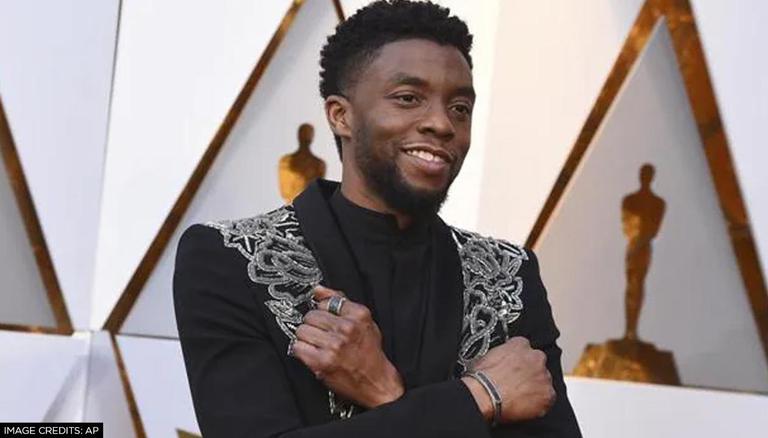 
Late actor Chadwick Boseman was honored by his wife Simone Leeward at the Stand Up to Cancer fundraising telethon event on August 22. The Academy Award-nominee passed away last year after a silent battle with colon cancer, shocking fans. Boseman's last role was in Marvel's animated series What If...?, which saw a posthumous release.

Chadwick Boseman honored by wife at Stand Up to Cancer event

Academy Award-nominated actor Chadwick Boseman was recently honored at the Stand Up to Cancer fundraising telethon event on Saturday. Boseman's wife Simone Leeward and Black-ish actor Anthony Anderson rose to the occasion to honour the late actor. The event was meant to celebrate thirteen years of cancer research and was executive produced by Reese Witherspoon and Jim Toth.

Many of us were devastated to learn of Chadwick Boseman’s tragic passing after he privately grappled with cancer for several years. The world lost an incredible artist and a true hero. But before he was a public figure, he was a person like you or me, a son, a brother, uncle, cousin, friend, colleague, husband. Many of us are all too familiar with the fracture a dearly loved one’s passing leaves in the lives of those who love them.

Chadwick Boseman's wife, Simone Leeward then went on to deliver a heartwarming performance for her late husband. She performed the song, I'll Be Seeing You, which is about living with loss. The Stand Up to Cancer telethon was co-hosted by Black-ish actor Anthony Anderson, Ken Jeong, and his wife Tran Ho and Sofia Vergara.

READ | Jeffrey Wright talks about Chadwick Boseman's final role as T'Challa in 'What If...?'

We are honored to have Chadwick's wife #SimoneBoseman here tonight. Her incredibly powerful performance reminds us that we all have heroes in our lives. Now is the time to Stand Up for them and with them. 🧡 Give now at https://t.co/tNxh7oe6XK. pic.twitter.com/EwcyolYVmM

Other performers also included legendary singers Stevie Wonder, Common and Brittany Howard. Howard dedicated her performance to her late sister, while Matthew McConaughey who was also present shared a personal story about how he lost his beloved friend and mentor to the "damned disease".

Following Chadwick Boseman's shocking but tragic passing, Marvel chose to not recast his character of King T'Challa for the upcoming Black Panther 2 Wakanda Forever. Boseman was 43 at the time of his passing. You can watch the hour long telecast below -