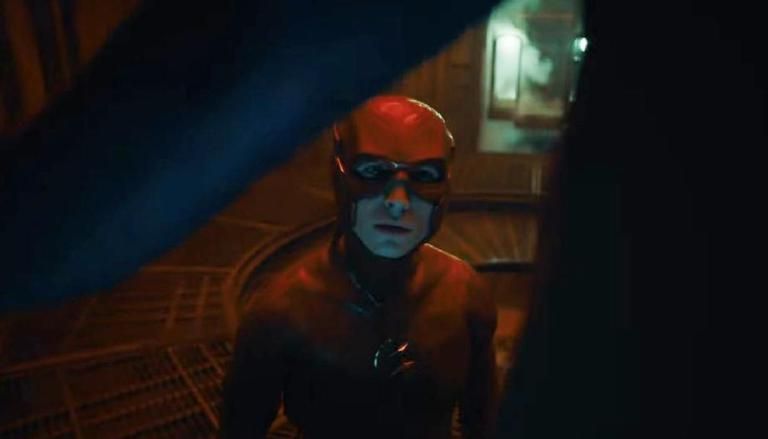 
Actor Ezra Miller on Saturday gave a sneak peek into The Flash, the much-awaited superhero movie in which he returns as the titular superhero. Miller showed off the first footage from the long-gestating project during the 2021 edition of DC FanDome, the online fan convention.

In a video message, the actor said the film is still in production but he has pieced together a small clip from the movie, especially for the fans. "We're very excited to show you the movie and we can't yet because we're still making it. We wanted to show you a teaser, but we can't because we don't have enough material to make a teaser yet."

"But we do have this small sneak peek that my maestro Andy (Muschietti) and I have put together that we really hope you enjoyed and I will see you in theatres later next year or more importantly, you will see me," Miller said.

The Flash is one of the much-awaited titles from the DC Extended Universe, partly due to the fact that it will once again see actors Michael Keaton and Ben Affleck reprising their roles of Bruce Wayne aka The Batman from their respective movies about the caped crusader. In the brief clip, Miller's Barry Allen aka The Flash is seen visiting the Batcave of Keaton's Batman and later travelling to the past to save his mother. It is followed by a scene of Miller flaunting his new superhero suit. In the ending moments, the teaser showcases multiple versions of his character who are then introduced to Keaton's Batman, who has his back to the camera but can be identified from the shot of his iconic cowl. The last scene sees Miller pulling off the sheet from the Batmobile of Keaton's Batman.

Andy Muschietti of It series fame is tackling the Warner Bros' troubled superhero feature, which has been in the works since 2016. Christina Hodson has penned the latest draft of the script that sees Flash go back in time to prevent the murder of his mother, an act that proves to have unintended consequences for his timeline. The Flash will also feature actor Kiersey Clemons as Iris West, the romantic interest of Allen, and introduce Sasha Calle as Supergirl.