Deadpool 3: Hugh Jackman Says He 'hates' Ryan Reynolds; Wants To 'punch Him In The Head'

The Hollywood star talked about the relationship that superheroes Wolverine and Deadpool will have at the beginning of the third installment of the series. 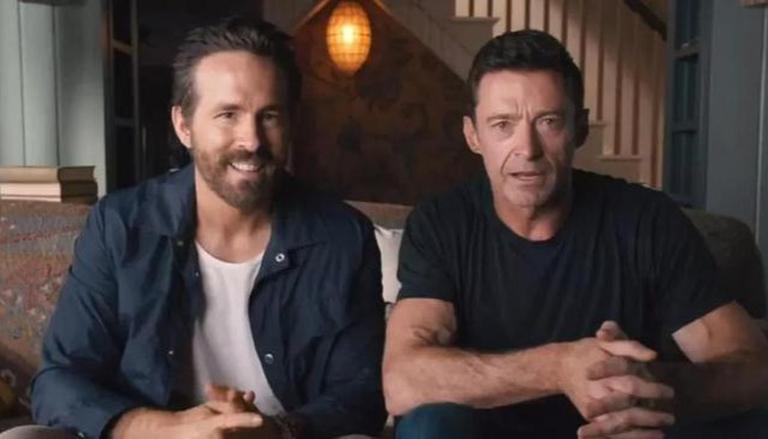 
Hugh Jackman, who's famous for his role in the hit movie franchise 'Wolverine', has spilled the tea about what it is like to work with Ryan Reynolds in the upcoming film 'Deadpool 3'. The Hollywood star talked about the relationship that superheroes 'Wolverine' and 'Deadpool' will have at the beginning of the third installment of the R-rated series.

According to a report by Deadline, a US-based entertainment news website, during a recent interview with 'The Empire Film Podcast' Jackman, was asked to categorise the relationship status between Wade Wilson aka Deadpool and Wolverine.

The Australian actor responded by saying, "How do I categorise it? Ten being really close, zero being the reality, we're zero, we're opposites, hate each other. I'm just talking from my perspective, [Logan's] frustrated by him, wants to be a million miles away from him or wants to punch him in the head."

"Unfortunately, he can't be a million miles away from him in this movie, so I'm probably going to punch him in the head a lot," the X-Men actor added.

In another recent interview, Hugh Jackman, whose return as Wolverine was announced during Disney's fan convention, outlined how they managed to revive Wolverine and bring him into the MCU, assuring fans that Deadpool 3 wouldn't alter the 'Logan' timeline.

"All because of this device they have in the Marvel world of moving around timelines, now we can go back because, you know, it's science, so I don't have to screw with the Logan timeline, which was important to me. And I think probably to the fans too," Hugh Jackman said on 'The Jess Cagle Show'.

Deadpool 3 to hit theatres in November 2024

The last time X-Men fans saw Hugh Jackman starring as Wolverine was in 2016's R-rated 'Logan', directed by James Mangold. (Spoiler alert) Wolverine famously died at the end of the film, and Jackman has stated repeatedly that the film was his swan song in the role. It is not clear yet how he will appear in Deadpool 3, which will hit the theatres on November 8, 2024.

The film, which further depicts the adventures of wisecracking mercenary Deadpool, is rumoured to be involved in another popular group in the X-Men mythos, X-Force.