Raven Sun Creative has filed a lawsuit suing Walt Disney World over the technology behind the amusement park's hit ride, Star Wars: Rise of the Resistance 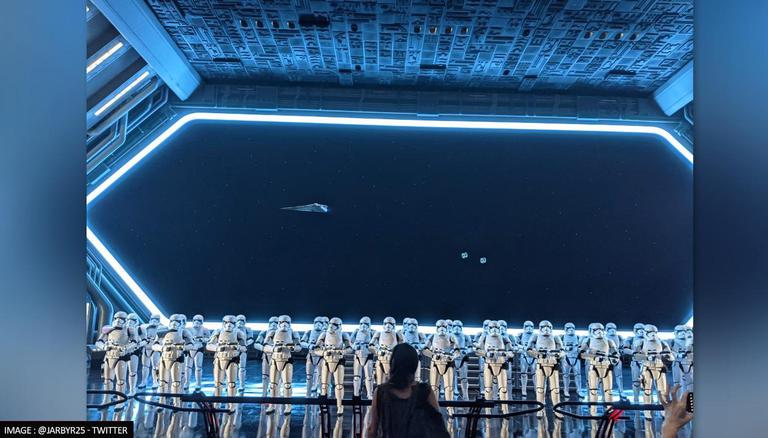 According to the report, details of the lawsuit claims of Raven Sun Creative going to Disney World with the technology back in the year 2014. However, no interest was shown in the attraction. Six years later, the company contacted Disney for a second time, however, they claimed that Walt Disney had already outright infringed on their patent. For Raven Sun Creative, it was clear that the House of Mouse had no intention to stop their smash hit attraction. The report suggests Disney also communicated that they would not pay for any 'continued' breach of the patent.

Disney's Star Wars: Rise of the Resistance is considered to be one of the company's most technologically advanced attractions to date. It was first envisioned in the year 2015. The House of Mouse had dropped the land announcement. The ride was credited for providing a two per cent increase in attendance for its domestic parks in its opening fiscal quarter. Ever since its debut, the hit attraction has garnered massive attention, even when the park was temporarily closed due to the novel COVID pandemic. Between the technology and the acquisition of the film actors who reprised their roles for the joy ride, guests continue to experience the enthralling ride in the parks.

Disney, being a massive brand with endless resources, have iconic releases like Star Wars. Well, this isn't the first time, the company has faced theft accusations. Earlier, there were claims of Pirates Of The Caribbean bearing a striking resemblance to Monkey Island floating around the rumour mill. Also their animated classic film, The Lion King is similar to the Japanese release, Kimba the White Lion.

WE RECOMMEND
Celtics crank up defense again, roll past Heat 95-78
NBA fans marvel at LeBron James' apartment-like suite at Disney World bubble in Florida
Disney NBA logos re-imagined by artist after league heads to Disney World for resumption
Here is what Jason Jeter, the Florida man who got banned from Disney, is up to now
Why Disney World is NBA's favoured venue to resume 2019-20 season
Listen to the latest songs, only on JioSaavn.com