Singer Elton John announced the final dates of the Farewell Yellow Brick Road tour on Instagram and revealed it was being organised in the biggest possible way. 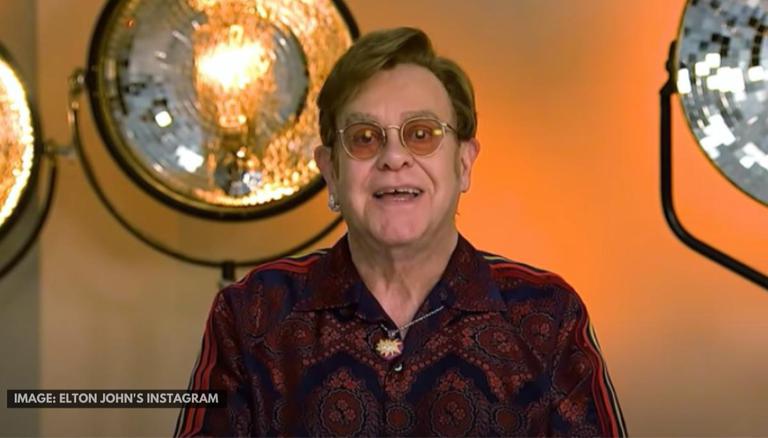 
English singer Elton John recently announced his retirement along with revealing the final dates of his award-winning "Elton John Farewell Yellow Brick Road: The Final Tour". On Wednesday, the 74-year-old songster addressed his fans in an almost two-minute-long announcement video on social media to share the news. In the video, he expressed "going to go out in the biggest possible way" to hike netizens' excitement about his upcoming tour.

On June 23, 2021, Elton John took to his Instagram handle to shed some light on the much-anticipated Elton John Farewell Yellow Brick Road: The Final Tour. In the video, Elton could be heard saying, "I'm going to go out in the biggest possible way, performing at my very best, with the most spectacular production I've ever had, playing in places that have meant so much to me throughout my career." He added, "Whether it's next summer in Frankfurt or at the legendary Dodger Stadium for the grand finale in the United States, I can't wait to see you all on the road one last time."

The five-time Grammy Award-winning artist concluded his statement by saying, "This has been an incredible tour so far, full of the most amazing highs, and I look forward to making more wonderful memories with you at these final shows." Along with the video, the caption of his IG post read, "Rocket Club members will have access to an exclusive pre-sale beginning on Friday, June 25 in North America and Monday, June 28 in Europe."

Ahead of the aforementioned announcement, Elton John shared the dates of his tour's 30 stops across Europe and North America. It was revealed that the tour will commence on May 27, 2022, in Frankfurt, Germany. However, its North America leg will kick off on July 15, 2022, at Philadelphia's Citizens Bank Park and will be concluded at LA's Dodger Stadium on November 19 and November 20. Take a look at all the dates of the Elton John Farewell Yellow Brick Road: The Final Tour here: