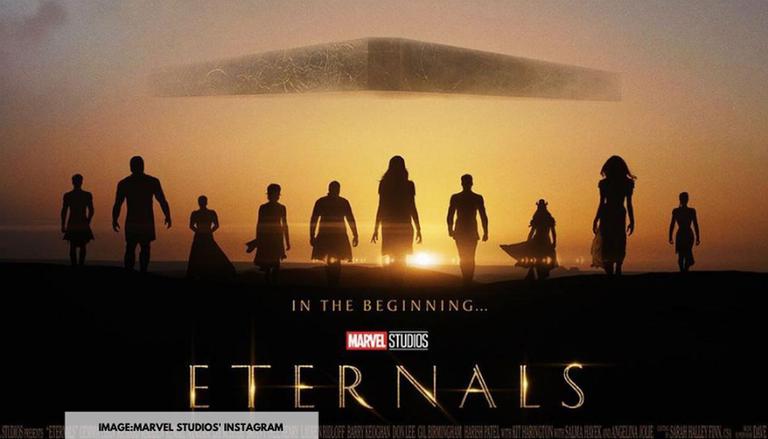 
Eternals trailer has kept the audience on the edge of the seat and they are excited about the release. The movie that will hit the screens in November will revolve around the Marvel Comics heroes of the same name and explores a mysterious alien group known as the Celestials who have been hiding on Earth for seven hundred years but must join forces to save the Earth from the malevolent Deviants. The cast of the movie was announced at San Diego Comic-Con in the year 2019. In the upcoming phase four movie, Eternals, Marvel Studios is gender-swapping three main characters. Read to know more about the Eternals' characters.

Eternals' character and their true identity in comics

The studio has changed the gender of three characters and those are Makkari, Sprite, and Ajak. In the movie, fans will see Salma Hayek as Ajak, Lauren Ridloff as Makkari, and Lia McHugh as Sprite. The interesting part about the casting is that all these characters are male in the comics.

The Oscar-nominated actor will be playing the role of Ajak who was worshipped by the Aztecs as Quetzalcoatl, is an archaeologist with a deep interest in the history of the Celestials. Salma will be playing the role of the leader of the Eternals, a position that originally went to the male Odin-like figure, Zuras. The original male character first appeared in Eternals #2 in 1976 and was created by Jack Kirby. He has the ability to project blasts of cosmic energy from his hands or eyes, in the form of light, heat, or concussive forces. While maintaining the accuracy of the comics, Salma's Ajak will also have the ability to heal.

READ | When is 'The Eternals' releasing? Makers reveal details about the highly-anticipated film

The actor known for her portrayal of Connie in The Walking Dead will play the role of Makkari. The original character of Makkari in the comics is the son of Veron and Mara, born in Olympia in Greece. The superpower of the character is superhuman speed and has characteristics similar to that of Quicksilver. Other than this, he possesses superhuman strength, stamina, cosmic energy and teleportation. In the comics, the character once gave up all of his superhuman powers in order to improve his super speed.

The young actor will be playing the role of a trickster named Sprite. In the comic, the character is portrayed by a young boy who has pranked humans for centuries under various guises. In the comics, the Eternals meet him and tell him that he can grow up with the help of Celestials powers. The character is known to prank other members on a daily basis.