Gal Gadot Remembers 'ground-breaking Inventor' Hedy Lamarr On Birth Anniv; Who Is She?

Gal Gadot, who is all set to feature in a biopic of Hedy Lamarr, recently remembered the late actor on her birth anniversary on November 9. 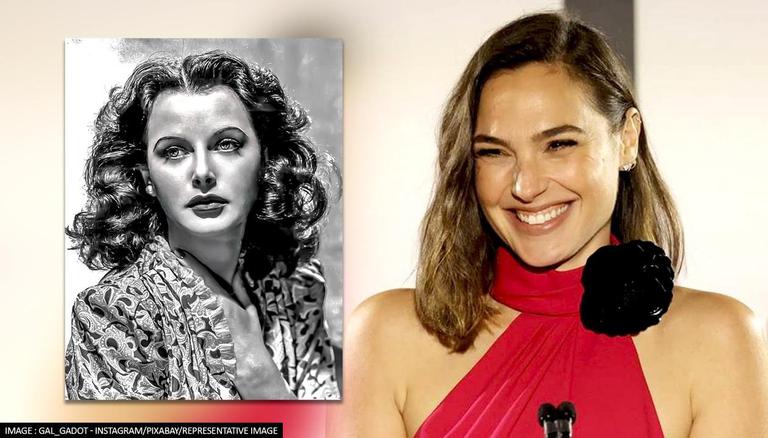 
Wonder Woman star Gal Gadot, who is all set to feature in a biopic of Hedy Lamarr, recently remembered the late actor on her birth anniversary on November 9. Gal Gadot took to her official Instagram handle and dropped a video clip of Hedy Lamarr on a talk show where she can be seen explaining that she is 'a very simple complicated person.' Sharing the same, Gadot wished the late star a happy birthday and shared her insight into the upcoming series.

Taking to the photo-sharing site, Gal Gadot dropped a 26-seconds video clip of Hedy Lamarr from the talk show where she can be laughingly talking to the host. In the clip, one can see Lamarr explaining that she 'is a very simple complicated person,' and that she 'likes to be me,' while also knowing she is 'a little different.'

Sharing the video, the Between Two Ferns actor wrote, ""I am a very simple complicated person" Happy birthday to the incredible Hedy Lamarr! I'm so fascinated by this moving actress, ground-breaking inventor and overall inspiring woman, and I cannot wait to share with you her story. She touched my heart in so many ways, I'm sure she will do the same to all of you."

The series was first announced in 2019 and it is produced by Sarah Treem, it also has Warren Littlefield, Katie Robbins, and Jaron Varsano as executive producers. Gadot will be seen playing Lamarr in the series which would be exclusively premiering on Apple TV+.

Who is Hedy Lamarr?

Hedy Lamarr was an Austrian-born American actor and inventor who, after tricking her then-husband Friedrich Mandl escaped from pre-war Vienna and moved to America. The late actor went on to become a box office sensation and was considered to be one of the biggest stars of the 1930s and 1940s, often being billed as the world’s most beautiful woman. Lamarr has appeared in classic films like 1940’s Boom Town alongside Clark Gable, Claudette Colbert, and Spencer Tracy, 1941’s Ziegfeld Girl, with Judy Garland and Lana Turner.

However, her biggest hit was when she played Delilah in Samson and Delilah. It was a massive commercial success and had earned two Oscar nominations. Lamarr was also a prolific scientist and inventor, despite having no formal training. She worked on numerous things such as improved stoplights. She had even suggested that Howard Hughes make his fledgling aeroplanes more aerodynamic. Her most popular invention was the frequency-hopping system, originally designed to prevent remote-controlled torpedos from being jammed. This technology would be crucial in the creation of Wi-Fi, GPS navigation, and Bluetooth devices.

READ | 'Red Notice': Gal Gadot praises Reynolds & Johnson; says 'they are both fun to work with'

WE RECOMMEND
'Red Notice': Gal Gadot praises Reynolds & Johnson; says 'they are both fun to work with'
Gal Gadot's mentor Lynda Carter to play a bigger role in 'Wonder Woman 3'?
Gal Gadot to star in Disney's remake of 'Snow White', will play the antagonist Evil Queen
Gal Gadot opens up about shooting 'Red Notice' amidst pandemic, says 'it was crazy'
'Wonder Woman 3’: Gal Gadot hints her kids may appear in upcoming film
Listen to the latest songs, only on JioSaavn.com