Ghost Loop Cast: Know Everything About The Cast Of This Paranormal Investigation Show

'Ghost Loop' is an American show that tries to break the repetitive cycles of paranormal events. Read ahead to know everything about the Ghost Loop cast. 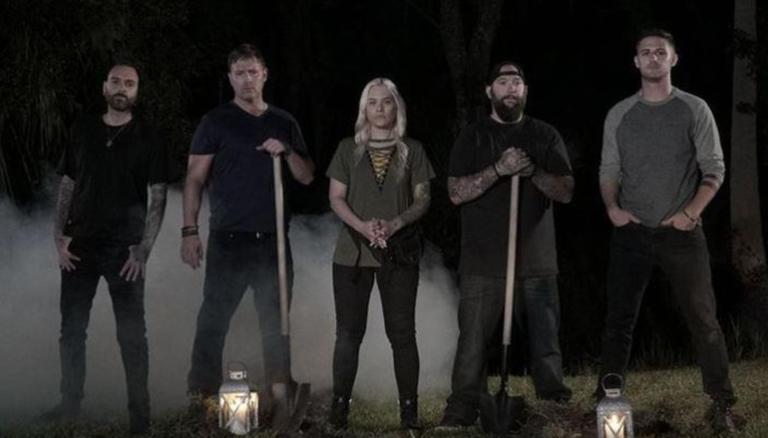 Ghost Loop is a 2019 American television series that airs on the Travel channel and revolves around a team that consists of specialized paranormal hunters who rescue humans from an endless and repetitive type of haunting which is called a 'ghost loop'. At every haunting location, the team makes an emotionally triggering environment that breaks the dangerous cycle of repetitive possession by ghosts. Actors like Sean Austin to Chris Califf are a part of the Ghost Loop cast. Here's everything you need to know about the cast of Ghost Loop.

Sean Austin as Investigator and Medium

Hope everyone has a great n safe weekend.Happy to say I feel I'm in the best shape of my life in the midst of all of the assortments of chaos in our 🌏 n how it affects us individually.I'm armed w/my psychological, spiritual shield n sword in hand 4 any darkness that aims my way pic.twitter.com/n9PulDcY0O

Chris Califf as Investigator and Researcher

Chris Califf is a Salem local paranormal expert. Califf started ghost hunting when he was just eighteen years old. Califf apart from researching also collects data about the previous paranormal incident and keeps a record of the change in the technology of ghost hunting.

Matt Lytle is another investigator on the show. He also appeared in a 2017 short film called Butcher. Matt Lytle provides tech support in Ghost Loop. He also manages a podcast along with Chris Califf called Booz N' Broz.

READ | 'Rogue One' cast: Details about the actors and their characters in the 'Star Wars' spinoff

Kris Star carries out the role of an empath in the show. Besides being a paranormal expert she is also a popular Youtuber and a Tik Tok celebrity. Since 2018, she has gathered over forty-five thousand followers and over a million views on her channel. One of her videos on Tik Tok has even crossed record-breaking seven million views.

Eric Vitale as Investigator and Engineer

Eric Vitale is a rock-music enthusiast and a paranormal investigator. He has made a brilliant career out of being a design specialist for creating the atmosphere for a paranormal expert. He has appeared in several Metallica-related podcasts.

READ | 'Aggabai Sunbai' new serial cast: Know everything about the new cast of this season

READ | 'River Where The Moon Rises' cast refuses to get payment for re-filming episodes?
First Published: 10th March, 2021 18:14 IST
SUBSCRIBE TO US