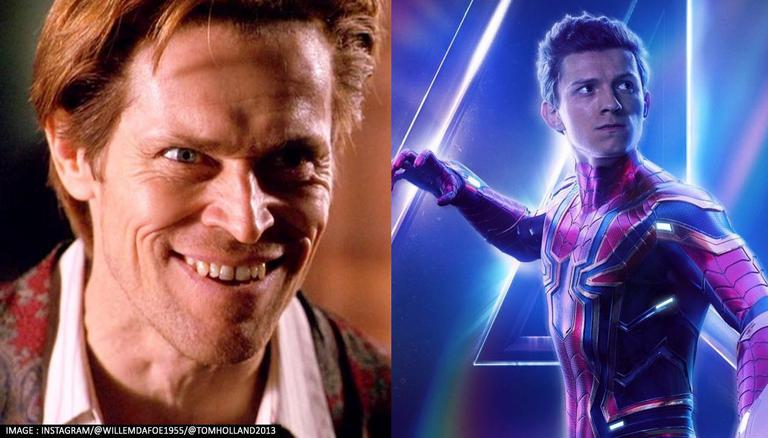 
Willem Dafoe stepped into the shoes of Green Goblin aka Norman Osborn after a decade in Spider-Man: No Way Home. The return of Dafoe's iconic villain was one of the predominant reasons behind the hype surrounding No Way Home prior to its release. The climax of the movie saw Dafoe's Green Goblin and Tom Holland's Spider-man engaging in heated combat until Tobey Maguire's Spider-man intervened. Willem Dafoe in a recent interview opened up about working with Spider-Man 3.0, Tom Holland and was all praise for him.

Sony and Marvel latest big-screen outing Spider-Man: No Way Home released last year in December and shattered several box office records as it became the highest-grossing movie of 2021. The movie brought back iconic villains from the previous franchise like Alfred Molina's Doc Ock, Jamie Foxx' Electro and of course Willem Dafoe's Green Goblin. In a recent interview with GQ, Dafoe opened up about his return to the franchise and praised Tom Holland's performance in No Way Home.

Dafoe said, "He deserves special praise for Spider-Man 3.0 Tom Holland. I admire greatly his discipline and his commitment to the role. And physically, he was incredible." Meanwhile, Holland had previously shared a funny incident on how he met Willen Dafoe for the first time on the sets.

During the Regal Sherman Oaks event, Tom Holland said, "There was actually a funny story about when I met Willem for the first time, because obviously at that time, all of the villains in the film, it was a huge secret that they were in the film, so they would walk around set with these cloaks on." He added, "And I just sort of bumped into this guy in a cloak and was like, “Watch out, mate.” And he took his hood off and I almost, like, got really scared. I was like “oh sh*t, the Goblin’s here!” But he was lovely he was really wonderful and a real joy to work with."

READ | 'Spider-Man: Across the Spider-Verse' worlds to have own art style: Makers

READ | Olivia Munn shares a glimpse of her son Malcolm sleeping in the Spider-Man pose; See