Halloween Kills is one of the popular upcoming slasher movies that will mark the sequel to the 2018 movie, Halloween written and directed by David Gordon Green. 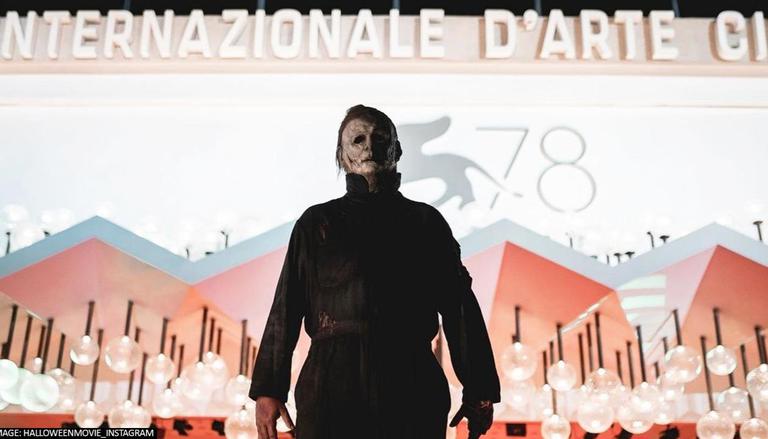 
Ahead of the much-anticipated release of Halloween Kills: Return to Haddonfield, Blumhouse productions on Friday revealed a new behind-the-scenes featurette for the film. The special video was released as part of today's BlumFest celebrations courtesy of director David Gordon Green. The featurette revealed how the original Halloween franchise cast was brought together for the film making it a huge reunion. Halloween Kills 2 is set for release on Friday, October 15, simultaneously in theatres as well as Peacock TV.

The video shows Halloween Kills: Return to Haddonfield behind the scenes. In the featurette, most Halloween favourites, including co-screenwriter Danny McBride as well as legacy stars from the original 1978 movie Jamie Lee Curtis, Kyle Richards, Charles Cyphers, and Nancy Stephens can be seen sharing their experience with the franchise. The video is a preview for the film to come as well as a tribute to the largely successful franchise which has run for over four decades.

Laurie Strode shows how she used to carry Lindsey Wallace 41 years ago, putting into perspective how far the characters have grown. Halloween Kills will also bring back several more characters from the iconic franchise like Anthony Michael Hall who will be playing a grown-up Tommy Doyle. Stephens also makes a returns to the franchise as Dr Loomis’ assistant, Marion Chambers. The newly released behind-the-scenes footage is a tribute to the original Halloween film and its iconic characters. Halloween Kills releasing on October 15 will bring back a lot of spooky memories for many.

A bit about Halloween Kills

Halloween Kills is one of the popular upcoming slasher movies that will mark the sequel to the 2018 movie, Halloween. Written and directed by David Gordon Green and bankrolled by Universal Pictures, it is the twelfth instalment of the Halloween movie franchise featuring Jamie Lee Curtis and Nick Castle as the lead. As the movie is slated to release on October 15, 2021, the trailer of the film had created a buzz on the internet in no time. In the previous movie, as Michael Myers rushes to kill Laurie and Karen at their house, Laurie manages to save Karen and trap Myers in a cage. She then sets the house on fire and leaves for the hospital with severe wounds. In the trailer of the upcoming film, viewers will witness how Myers managed to come out of the burning house as he is seen slashing a few more people in scenes.

WE RECOMMEND
Christopher Nolan parts ways from Warner Bros for upcoming Atom Bomb film
'Halloween Kills' trailer reveals how Michael Myers survived fire
‘No Time To Die’: Daniel Craig starrer to be first Hollywood film to release in Gujarati
Chris Pratt to reunite with 'Tomorrow War' co-actor Sam Richardson for 'Stranded Asset'
Christopher Nolan has a list of THESE demands before moving to Universal Pictures
Listen to the latest songs, only on JioSaavn.com