The director of the first three 'Harry Potter' films, Chris Columbus, revealed the one key detail he would like to change in the movies. Read on. 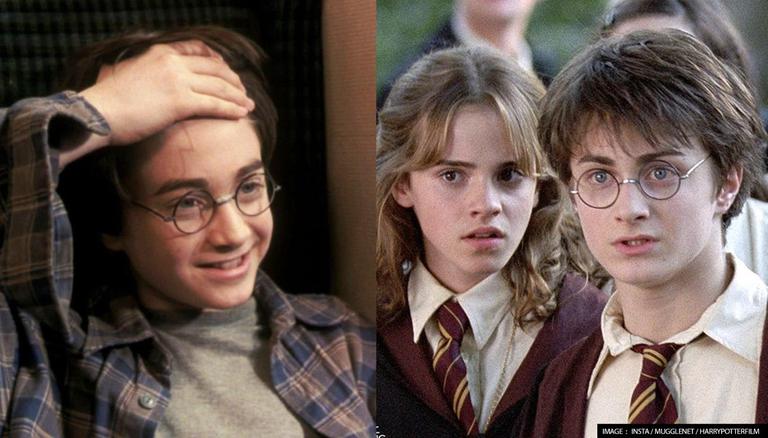 
Harry Potter is one of the highest-grossing media franchises of all time and despite its success, Chris Columbus, the director of the first three Harry Potter films revealed one key detail he would like to change in the movie.

Harry Potter is based on the fantasy novel series of the same by J. K. Rowling and stars Daniel Radcliffe as Harry Potter, with Rupert Grint as Ron Weasley, and Emma Watson as Hermione Granger.

Fans of the Harry Potter franchise know how important the scar on Harry's forehead is, as it was the symbol of Voldermort's failure to kill him as a child. Columbus said, "Harry’s scar was so incredibly difficult to get right. I don’t know if we ever really did, to be honest with you. But we struggled with that for months. When you’re working with kids under 16, or something, you can’t really use prosthetics, or you couldn’t back then. We couldn’t really utilize a prosthetic scar, which is kind of what I saw, like a real scar. That’s the one detail, an important detail, that I wish I could go back and tweak."

Meanwhile, the cast of Harry Potter, Tom Felton, Rupert Grint, Bonnie Wright, and James Phelps who played the role of Ron, Ginny, and Fred Weasley, respectively recently reunited. Felton took to his Instagram and shared the picture of their mini-reunion and fueled the rumors of a Harry Potter 20th anniversary special. Additionally, Bonnie further fueled the excitement by posting a picture of herself on her IG story with the caption, ''I just filmed something very exciting that made me very emotional'' and added a lightning bolt emoji.