Henry Cavill To Reprise His Role As Superman In DCEU's 'Supergirl' Movie? 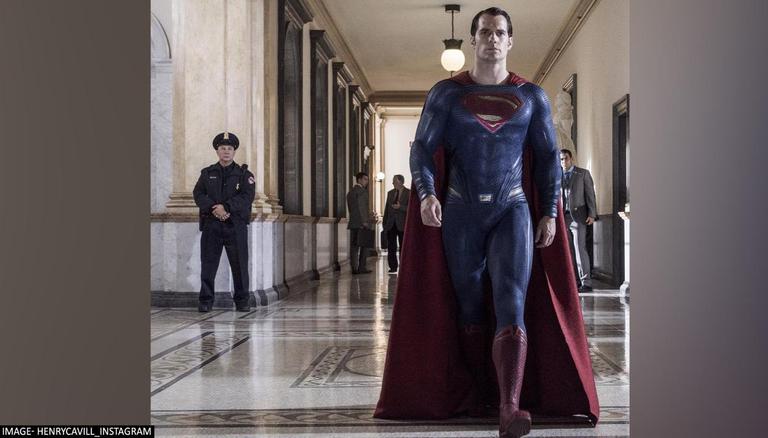 
Henry Cavill is currently busy shooting for several different projects like The Witcher, Enola Homes 2 and others. While the fans are eagerly waiting to see Cavill back on screen donning the cape of the Kryptonian, the actor hasn't confirmed his return to DCEU as Superman. While his peer, Ben Affleck is set to reprise his role as Batman in the 2022 movie The Flash, Cavill's future in DCEU remains uncertain.

However, new reports suggest that Henry has shown interest to reprise his role as Clark Kent/Superman in DC's Supergirl film that will star Sasha Calle, who will be making her debut in DCEU through the movie The Flash alongside Ezra Miller, Ben Affleck and Michael Keaton.

Sasha Calle is all set to play the role of Superman's biological cousin in DCEU's upcoming film The Flash. There are rumours circulating that DC could possibly make a standalone Supergirl movie post, Calle's entry in the universe after The Flash. As per Giant Freakin Robot Henry Cavill is keen on reprising his role as the Kryptonian in the movie. Cavill was last seen on-screen as the superhero in Zack Snyder's Justice League. Ben Affleck and Michael Keaton will also be appearing in The Flash movie reprising their role as the Dark Knight.

Ezra Miller’s Flash is set to travel through the DC equivalent of the Multiverse, making fans wonder if Supergirl and Superman could team up in an alternate universe. However, nothing yet has been confirmed about Supergirl standalone movie by the studio, and Cavill has been linked to several DC projects in the past and none of it has come to pass.

READ | The Witcher Season 2 teaser out; gives glimpses of Henry Cavill as Geralt of Rivia

Henry Cavill will next be seen in season two of Netflix's fantasy drama show The Witcher, reprising his role as Geralt of Rivia. The series is based on the book series of the same name by Polish writer Andrzej Sapkowski. He will also be reprising his role as detective Sherlock Holmes in the Enola Holmes 2 co-starring Millie Bobby Brown. Cavill has also been roped in for a lead role in Highlander's reboot which will be helmed by John Wick director Chad Stahelski.

READ | 'The Witcher': Henry Cavill hints at a more paternal side of Geralt in season 2

WE RECOMMEND
Marvel's new movie 'Eternals' may have a 'Superman' reference in its trailer; Watch
‘Teen Wolf’ fame Ian Bohen joins cast of ‘Superman & Lois’ Season 2
'The Witcher': Henry Cavill hints at a more paternal side of Geralt in season 2
Christopher Reeve's Birth Anniversary: Here's all you need to know about 'Superman' actor
Zlatan Ibrahimovic says 'need to realise that I am not Superman' amid injury struggles
Listen to the latest songs, only on JioSaavn.com