Hotel Transylvania 4 human forms: Get to know which monster shaped into what human form in the latest instalment of the superhit franchise. 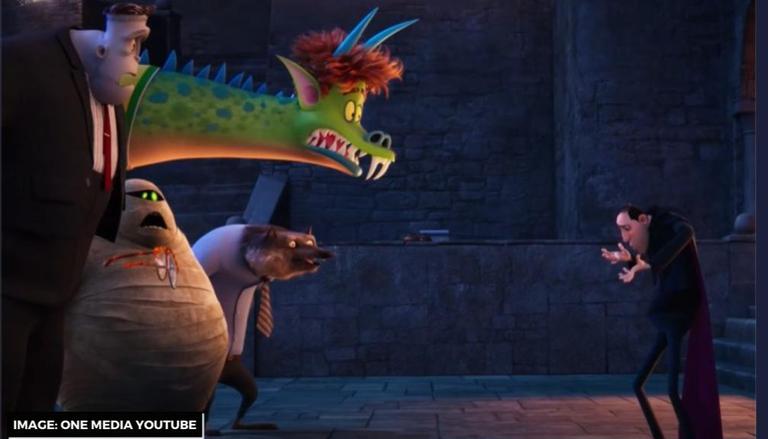 
Sony Pictures recently released the trailer of Hotel Transylvania and left fans in awe. The franchise has been consistently garnering great numbers in the box office and is loved by kids and adults alike. Hotel Transylvania attempts to offer a kid-friendly version of the classic monsters like The Invisible Man, Count Dracula, Frankenstein among others and comes up with riveting plots to back them up. The fourth instalment of the superhit franchise is no less than a fun ride as it reveals how every monster in the hotel takes a human form after a conscious blunder from Van Helsing.

The trailer saw how Dracula's son-in-law and a human, Johnny, feels out of place after becoming a part of the monster world. While he rants his frustration to himself, Van Helsing overhears his concerns and offers a strange solution. As a cure to Johnny's fear of missing out, Van shoots Jonny with a special laser that turns him into a dragon. Unfortunately, the laser affects the entirety of the hotel as every monster starts turning into a human. Dennis' pet Tinkles who is too large to be a puppy, to begin with, takes the actual form of a puppy this season.

Murray, the ancient mummy, takes the form of a Greek King. Wayne loses all his body hair and sports a goatee instead. Frankenstein gets a glow-up with sleek hair and a tidy pantsuit. But the most iconic transformation award goes to Griffin The Invisible Man, who turns into a scrumpy-haired, large-nosed, big guy. This transformation truly came as a troll for fans as they revealed to have expected Griffin to look far more attractive. Dracula also turned into a human, losing his fangs and sharp ears. Check the Hotel Transylvania 4 trailer here to witness the new look of the characters -

Other than the development in the plot, a new change has been observed in the franchise. While most actors have reprised their roles for the finale, Adam Sandler has bid goodbye to the productions. Subsequently, Brian Hull has joined the Hotel Transylvania 4 cast as Dracula instead. Genndy Tartakovsky has also returned as the screenwriter and executive producer for the finale. Hotel Transylvania: Transformania's exact release date hasn't been revealed yet but has been announced to roll out in July 2021.