Is 'Moneyball' A True Story? Know The Details Of Brad Pitt's Sports Drama 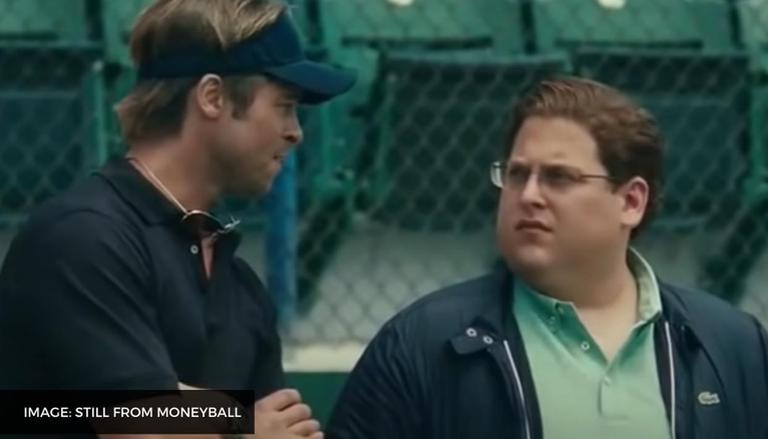 
Brad Pitt's 2011 movie Moneyball saw the actor playing the role of a baseball general manager who turns around Oakland's baseball teams chances of winning. While the movie looks like a sports drama, it is actually the story of Billy Beane, a baseball coach, who uses the help of a young economics graduate student to convert Oakland's baseball team into one of the winning teams.

The movie is helmed by Bennett Miller, who has received two nominations at the Academy Awards. The film was loved by the audience who gave it a 7.6 out of 10 stars rating on IMDb and 94% on the Rotten Tomatoes scale.  While the movie is based on Michael Lewis' book Moneyball: The Art of Winning an Unfair Game, the story actually revolves around the true story of Oakland Athletics' former general manager Billy Beane.

Is Moneyball a true story?

Moneyball's plot focuses on Billy Beane, a single father and general manager of the Oakland Athletics. When three of Oakland's best players Jason Giambi, Johnny Damon, and Jason Isringhausen decide to leave the team, he faces the massive task of putting together a new team for the 2002 competition. Beane is restricted by the state's limited budget and must devise a plan to get good players.

He goes to Cleveland to recruit players when he meets Peter Brand, then Yale economics graduate, who advises him to use a different technique, called Sabermetrics, to recognise a player's value. When Brand manages to pass Beane's test, he gets hired to work as his assistant general manager.

As shown in the movie, Oakland Athletics ends up winning 20 games consecutively. This made their record historical in American League Baseball's history of over 100 years. After noticing this, Beane was offered a job as Boston Red Sox's manager but he declined the offer and chose to own a small part of Oakland Athletics along with their new owner Lewis Wolff.

READ | How many episodes of 'Startup' are available on Netflix? Find out

Today, Billy Beane is the executive vice president of the baseball operations of Oakland Athletics. He also owns a small portion of Barnsley FC and  AZ Alkmaar of Netherlands. Beane's assistant, Paul DePodesta, who was called Peter Brand in the movie, is the chief strategy officer of the Cleveland Browns.

READ | Where was 'Halston' filmed? Know about shooting locations of Netflix series

While Billy Beane's role was played by Brad Pitt, Peter Brand was essayed by Jonah Hill. Other cast members of the film included Robin Wright, Chris Pratt, Stephen Bishop, Philip Seymour Hoffman and many others. Moneyball is available to watch on Netflix.