Is 'Rust Creek' A True Story? Know Everything Behind This Crime Thriller

Is 'Rust Creek' a true story has been a frequently asked question by its fans. Check out the answer and read to know more details about it 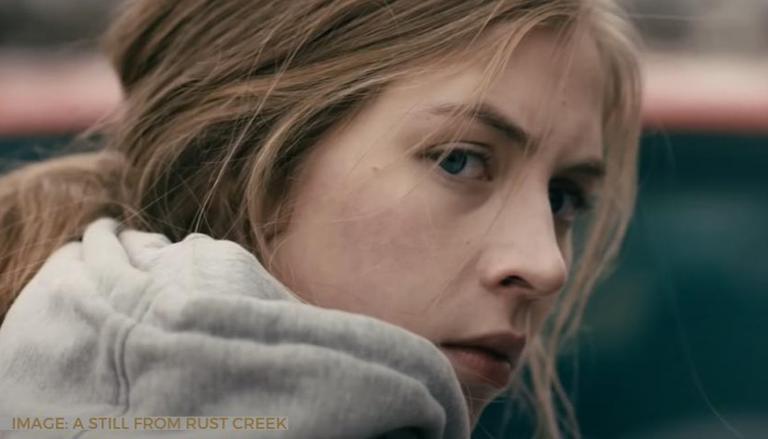 IMAGE: A STILL FROM RUST CREEK


Released in 2018, Rust Creek cast has Hermione Corfield as a college student who gets lost while on a road trip and is hunted by criminals who believe she is a witness to their crimes. Directed by Jen McGowan, it is a crime thriller film. The story is by Stu Pollard and Julie Lipson, with the latter penning down the script. There has been a rising question if the plot is true or not. Here's everything you need to know

Is Rust Creek a true story?

According to Decider, the Rust Creek movie is partly based on a true story. The plot which shows the lonely and terrifying car journey through a snowstorm did actually happen. However, there was never murder nor a long-winded chase.

Rust Creek true story is based on writer and producer Stu Pollard's personal experience during his college years at Georgetown University. He told Courier-Journal that he took off in his car to drive back home but didn't tell anyone where he was going or to expect him. The writer recalled that he drove into a "terrible snowstorm" in Maryland and realized no one had any idea where he was. He stated that it was a "wake-up" moment that changed his life. Pollard noted that for the first time he realized his own mortality.

READ | Is 'The Blind Side' starring Sandra Bullock and Quinton Aron based on a true story?

Although the car journey part of the Rust Creek movie is true, the crime thriller sequences are fictional. The murder, drug-dealing and chase scene sub-plot are all works of the writers' creativity. It gave a new spin to the actual plot from a lone surviving story to a crime thriller.

READ | Is the movie Searching based on a true story? Know if this film is based on true events

Rust Creek cast includes Jay Paulson, Sean O'Bryan, Micah Hauptman, Jeremy Glazer, Daniel R. Hill, John Marshall Jones, and others. The story shows an overachieving college student who wanders off on her way to a job interview. A wrong turn puts in the middle of a forest. The movie was filmed in and around Louisville, Kentucky. It premiered at the Bentonville Film Festival in 2018. Rust Creek's theatrical release date was January 4, 2019. The film earned mostly positive reviews from the viewers. It debuted on Netflix in November 2020, however, not in India.

READ | Is The Woman in the Window based on a true story? Details about the 2021 thriller film

IMAGE: A STILL FROM RUST CREEK