Is 'Scream 5' Available For OTT Online Streaming On HBO Max, Netflix Or Paramount Plus?

To send chills down the spine with some nail-biting moments, the fifth part of Scream also known as Scream 5 is set to release in the Uk and US on January 14. 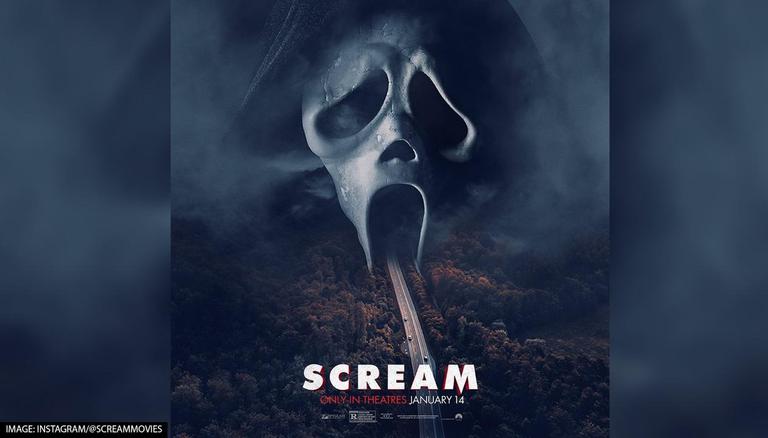 
To send chills down the spine with some nail-biting moments, the fifth part of Scream also known as Scream 5 is set to release in the Uk and US on January 14. The cult horror film is a direct sequel to the 2011 movie Scream 4. Scream 5 will be the first movie that will not be directed by Wes Craven as he passed away in 2015. The movie is all set to release theatrically to give a spectacular visual experience to the fans.

The horror drama directed by Matt Bettinelli-Olpin and Tyler Gillett will star the original cast including Marley Shelton, Courteney Cox, David Arquette, Neve Campbell, Skeet Ulrich, and Roger L. Jackson reprising their roles from previous installments. Apart from them, there are several new additions to the cast as well which will include Melissa Barrera, Mason Gooding, Jenna Ortega, Dylan Minnette, and Jack Quaid. With the film releasing theatrically, there are fans who are perplexed about it releasing simultaneously on OTT or not. Here’s what you need to know about where to watch Scream (2022) and when to expect it streaming online.

Will Scream 5 be on HBO MAX?

No. the latest release is a Paramount movie, not a Warner Bros. movie, and therefore it will not stream on HBO Max as soon as it opens in theaters. More than that, HBO Max will no longer be streaming theatrical movies in 2022. Last year, Warner Media opted to simultaneously release its theatrical slate on streaming, meaning HBO Max subscribers could watch movies like Matrix Resurrections at home.

Will Scream stream on Netflix?

No. The film will not stream on Netflix as Paramount+ has the rights for it.

When will Scream 5 stream on Paramount Plus?

WE RECOMMEND
Where was 'Scream 5' filmed? Details about the latest instalment in the franchise
'Scream 5' director explains why it is not reboot, but 'connecting sequel'
Neve Campbell to be 'covered in blood' in 'Scream 5', shares excitement about the project
'Scream 5' official title and first images out as it wraps filming; know details here
'Scream 5' release date and time: When is the horror movie releasing in India, US and UK?
Listen to the latest songs, only on JioSaavn.com