Is 'The Clovehitch Killer' Based On A True Story? Details About Dylan McDermott Film 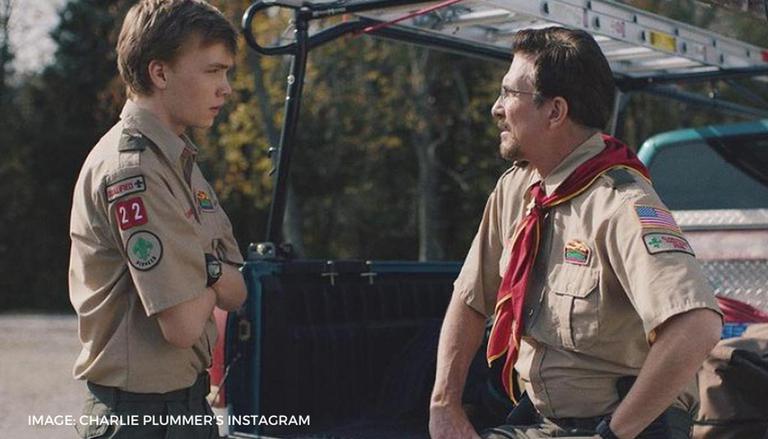 
Helmed by Duncan Skiles, The Clovehitch Killer is a 2018 movie that tells a spine-chilling story of a normal suburban father who has hidden a lot of skeletons in his closet. The movie follows the story of a Kentucky family, the Burnsides in a small town which is haunted by the unsolved case of the Clovehitch killer, who is behind the murders of 13 women, a few decades ago. The movie has several similarities with the BTK killer. Read ahead to find out if the movie The Clovehitch Killer is based on a true story.

A look at The Clovehitch Killer plot

The film revolves around the premise of Tyler Burnside played by Charlie Plummer who recounts events that happened during his teenage years where a serial killer was terrorizing his local area. While he did not pay much attention to the killings and murders when nearby victims were taken out one by one, he found some disturbing images in his dad's possession and slowly he started finding clues pointing to his father Dan Burnside played by Dylan McDermont as the local Clovehitch Killer. Tyler then starts suspecting his father more and the entire movie revolves around his journey of seeking the truth.

Is Clovehitch Killer based on a true story?

According to The Screen Rant, the screenwriter Christopher Ford shared that the Clovehitch killer is inspired by the life of the notorious real-life murderer Dennis Rader also known as the BTK Strangler. Christopher also mentioned that Duncan Skiles did extensive research on the BTK murders before starting the writing process of the script. He also mentioned that while some detail in the movie were borrowed by the actual BTK murders and victims, the murderer in the Clovehitch Killer is very much a fictitious invention to serve the deeper character story we wanted to explore.

Who was the BTK killer?

Dennis Radar was named the BTK killer as he was infamous for using the bind, torture and kill technique on his victims. Dennis Rader killed 10 people in Kansas over the course of 17 years and was finally arrested in 2005 for his crimes in which he pled guilty. The BTK killer was also famous for taunting the cops by leaving clues at the murder scene just like in the movie the killer used to tie a clove hitch next to his victims. Upon his arrest, it was revealed that the BTK killer was hiding in plain sight all this while and he worked a full-time job as well as took care of his family another similarity between the movie and Radar's story. The Clovehitch Killer is not the first movie that has drawn inspiration from Dennis Radar, in fact, his case was also mentioned in the second season of the Netflix show Mindhunter.

READ | Is The Woman in the Window based on a true story? Details about the 2021 thriller film

About The Clovehitch Killer cast

The movie stars Charlie Plummer, Dylan McDermott, Samantha Mathis, Madisen Beaty, Brenna Sherman, Lance Chantiles-Wertz and Emma Jones. The Clovehitch Killer released on Netflix US in May 2021 and is also available to stream on Hulu. The movie is not yet available on OTT platforms in India.

READ | Is 'Creed' based on a true story? Know more about Michael B Jordan's hit sports drama

READ | Where was Clovehitch Killer filmed? Check out the filming locations of this thriller movie
First Published: 1st June, 2021 16:49 IST
SUBSCRIBE TO US

WE RECOMMEND
Where was Clovehitch Killer filmed? Check out the filming locations of this thriller movie