The highly anticipated premiere night of the fifth and final outing of Daniel Craig as James Bond, No Time To Die witnessed a star dazzled night. 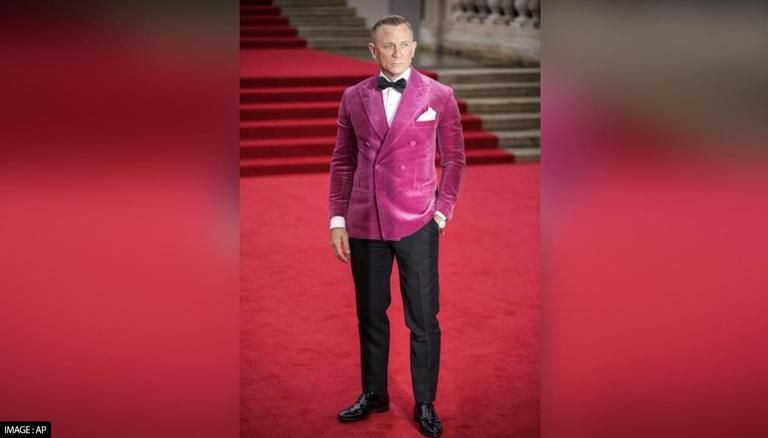 
The hotly anticipated James Bond film No Time To Die is grabbing headlines as its premiere night in London witnessed a star dazzled night of A-list celebrities along with the British Royal family. The cast of the film along with the esteemed guests graced the carpet in their exquisite ensemble to celebrate the fifth and final outing of Craig as a 007 agent. While the fashionable star-studded parade was enough to turn heads, the star of the night- Daniel Craig seemed to have stolen the thunder as his pink jacket has become the talk of the town on the internet.

Daniel Craig in a pink jacket

Abandoning the traditional black tuxedo, the British actor made a style statement at the No Time To Die premiere night at the Royal Albert Hall in London on September 28. Opting for a cerise pink suit jacket from Anderson & Sheppard, Craig's choice of outfit is a far cry from his classic black suits in all the previous premieres of the film. The visuals from the premiere night took no time to surface on the internet with the internet having a plethora of opinions on the James Bond actor's choice of outfit.

Daniel Craig here with a velvet pink sofa cover for a jacket. https://t.co/SNWLlMPvpL

Not everyone seemed to have agreed with Morgan's statement as one fan tweeted about how they loved the actor's attire and believed, ''He owned the night & sales of pink velvet jackets are going to soar.'' while another user believed only the British actor has the confidence to pull off the Pink jacket at the James Bond film premiere.

I love how Daniel Craig held onto the thought of that raspberry flavoured ice-cream version of him for all these years. But was it pink, raspberry, puce, fuscia or magenta?! Either way, he owned the night & sales of pink velvet jackets are going to soar.#DanielCraig #NoTimetoDie pic.twitter.com/Of2lhdQIpK

Daniel Craig, I love this humble guy and his pink velvet jacket. #007 #NoTimeToDie

Cannot wait until my knee can get the rest of me to the cinema.

Some fans were quick to remind the people criticising the actor's jacket about the times his predecessors pulled off pink attires. One fan had a different take on the matter as he believed Daniel Craig bid a farewell by wearing a disguise. They wrote, ''Isn't that the essence of blending in, being undercover and confusing the enemy? He clearly did a good job.''

READ | Hugh Jackman to be next James Bond? 'Over my dead body,' jokes Daniel Craig
READ | As 'No Time to Die' releases, here's a look at all 7 actors who played iconic James Bond