Olivia Munn and comedian John Mulaney have marked another milestone in their relationship as the latter announced that they are having a baby together. 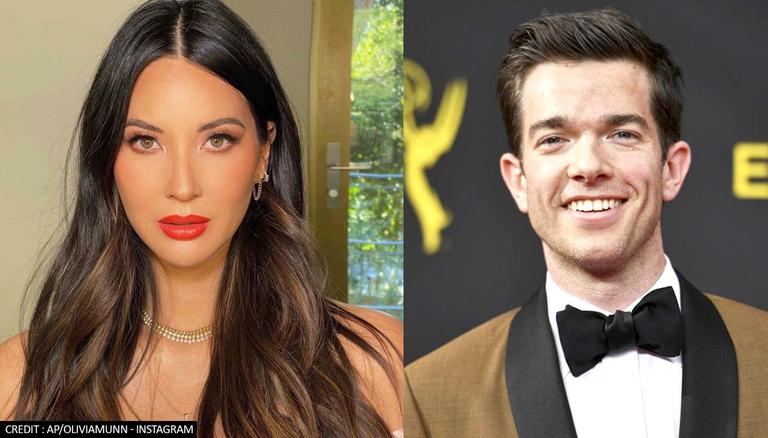 
Celebrations are in order for Olivia Munn and John Mulaney as the duo is expecting their first child together. After rumours surrounding Munn's pregnancy making headlines lately, Mulaney confirmed that not only is he in a relationship with The Newsroom actor, but also expressed happiness on welcoming a baby together. During his appearance on Tuesday's Late Night Show, he joined his longtime friend, Seth Meyers, revealing that he and Munn are "really, really happy" about the new addition to their family.

The comedian opened up about his whirlwind relationship with Olivia, revealing how she supported her through testing times in the last year, be it moving out of his house after divorce from ex-wife Anna Marie Tendler, his drug relapse or the rehabilitation journey. The duo sparked relationship rumours earlier this year, and have been spotted enjoying their summer romance since.

Speaking in adoration of his wife to host Meyers, Mulaney said, "She held my hand through that hell, and we are having a baby, together", to which, Seth congratulated him. Spilling details about his personal life, he also mentioned, "I packed a lot into this… Is it September now? I went to rehab in September, I got out in October, I moved out of my home from my ex-wife. Then in the spring I went to Los Angeles and met and started to date a wonderful woman named Olivia."

John Mulaney announces that he and Olivia Munn are expecting a baby pic.twitter.com/Pq6VnKij3q

While thanking Meyers for having him on the show, he mentioned how Munn has helped to become a better person as he continues to recover from his addiction. "Olivia and this baby have helped save me from myself in this early journey out of recovery", he said.

More about Mulaney and Munn's romance

The duo's romance was first reported by PEOPLE in May 2021 following the comedian's separation from his wife Anna Marie Tendler. The couple was also spotted on a lunch date at Rick's Drive-In & Out in Los Angeles. An insider told PEOPLE that the duo was all smiles as they enjoyed each other's company savouring their lunch.

Anna and the comedian had been married for seven years. The news of their separation comes after the comedian's 60-day rehab stay in February. John and Annie met in the late 2000s on a group trip to Martha's Vineyard, and after dating for a short time, they married in July 2014 in Boiceville, New York.