Kendall Jenner's tequila brand 818's latest commercial is facing a strong backlash by netizens for cultural appropriation. Read more to know about it. 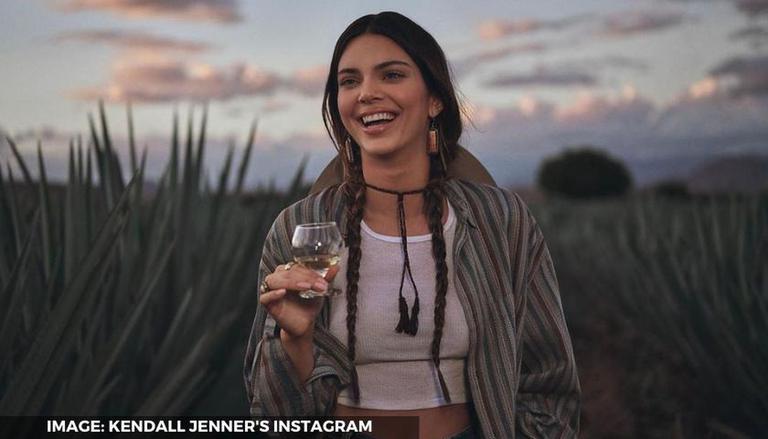 
Kendall Jenner recently launched her tequila brand 818. However, the tequila brand launch is off to a rocky start as the 818 tequila commercial is receiving major backlash from netizens. Various people have been accusing Kendall Jenner of cultural appropriation in the recent brand campaign that she shared on her Instagram. She launched her alcoholic beverage earlier this week and also made several appearances wearing the 818 brandings. But the latest campaign for the brand is not going well with the netizens.

The 25-year-old model born and raised in California is seen roaming through an agave farm in Jalisco, Mexico. Many users accused her of cultural appropriation and said that she is being disrespectful towards the native workers in the farms by wearing the same outfit as a costume for the photoshoot of her 818 commercial. It seems like even Kendall Jenner has taken note of the criticism as she has turned off the comments feature on the Instagram post. People voiced their opinions and slammed the reality TV star for disabling the comments and silencing the critics in the comments section.

One such netizen wrote, “Kendall Jenner deactivating the comments to not let people talk about the cultural appropriation” Another user took to her Twitter handle and wrote, “not Kendall Jenner disabling her comments on the post of her appropriating our culture for her tequila launch” Kendall Jenner also received backlash for naming the spirit after the Calabasas area code and also for ignoring tequila's deep-rooted Mexican culture and legacy.  A user called her out in strong words and said, “YOU'VE GOT TO BE KIDDING ME.....leave it to Kendall to be as tone deaf as possible, this is so offensive. Modeling that chic migrant worker look for her tequila brand, watch her cry and say she didn't know later on for the 100th time” Here is a look at how netizens reacted to Kendall Jenner's tequila 818’s commercials.

Kendall Jenner deactivating the comments to not let people talk about the cultural appropriation pic.twitter.com/RBQdUvsZF6

YOU'VE GOT TO BE KIDDING ME.....leave it to Kendall to be as tone deaf as possible, this is so offensive. Modeling that chic migrant worker look for her tequila brand, watch her cry and say she didn't know later on for the 100th time 🙄😠 pic.twitter.com/7n4VypvSVv

God somethings never change... 2017 vs 2021 it’s funny because remember Kendall cried after the backlash from the Pepsi commercial if there was no backlash she wouldn’t have cared this is just disgusting brown face, culture appropriation to a whole other level 🤯 pic.twitter.com/nTkxiVZroy

despite tequila's deep-rooted Mexican history having no affiliation to the affluent community she grew up pic.twitter.com/s6Yk0ZXe45

Check out @KendallJenner doing her best impression of a Mexican laborer! so refreshing to see that nepotism and cultural appropriation is still a profitable combo🤗 pic.twitter.com/bjOq9MIqsh

Oh no, not Kendall Jenner going for the Mexican look, as if it wasn't enough of her family members appropriating black culture. #KendallJenner pic.twitter.com/jkDvUVBbAK

I can see the pain in this old mans eyes Kendall Jenner pic.twitter.com/FRNnL2iaF9

In the latest campaigns of Kendall Jenner's tequila brand, she is seen roaming around the Agave farms. She is working with the farming workers wearing a Mexican outfit associated with the culture. Here is a look at Kendall Jenner's Instagram post.

Kendall Jenner's Pepsi commercial had also received a backlash for cultural appropriation. According to a report by foxnews.com, her 'Jump In' commercial for Pepsi back in 2017 was widely denounced and was pulled from TV immediately. In the advertisement, Jenner was seen throwing off her blonde wig and smeared away her lipstick as she joined the protest of activists with banners of the peace sign. However, rather than protesting, she took a Pepsi can and offered it to a police officer while the crowd cheered from behind. She had reacted to the backlash on "Keeping Up with the Kardashians by tearfully regretting her participation.