'Are they back together?' | Khloe & Tristan Attending Kourtney's Engagement Spark Possibility Of Rekindling Romance

Khloe and Thompson are raising their daughter, True, together after separation. The two were seen attending Kourtney Kardashian and Travis Barker's engagement. 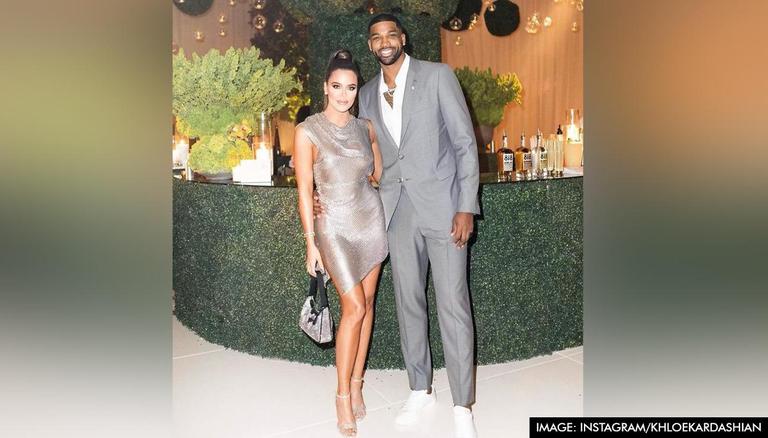 
Kourtney Kardashian and Travis Barker's engagement in Montecito, California was attended by their family and close ones, including Khloe Kardashian's former partner Tristan Thompson. Despite separating from each other, a while ago, Thompson and Khloe co-parent their daughter, True, together.

Tristan also reportedly walked in with Khloe at the ceremony. A source was quoted by E! News as saying that there was no "label" on the former couple's relationship. It was also reported that the couple is raising their daughter together and mentioned that Tristan is quite supportive and that there was nobody else in Khloe's life.

While stating how happy Khloe was, the source revealed that she, along with Tristan and their daughter, True, recently enjoyed a long and great summer trip. The source added that they were a family and there was a lot of love between them and they left it at that.

READ | Khloe Kardashian is "not back together" with together Tristan Thompson, reports suggest

Khloe and Tristan to have another baby?

While it is clear that there isn't a romantic relationship between Tristan and Khloe, the latter still wishes to have another baby. A while ago, Khloe posted a picture of her baby daughter and reacted to a fan's comment when the latter suggested having another baby. She then replied that she really wants her daughter to have a sibling and added that she has left it to God.

READ | Ananya Panday gives 'all credits' to Khloe Kardashian for THIS line on reality show; Read

A couple of months ago, when the rumours about Khloe and Tristan coming back together began doing rounds on social media, a source close to People revealed that Khloe was not interested in coming back together with Tristan. It was also mentioned that even Tristan wanted to focus on their daughter's upbringing and not stir up a romance with his ex. The source also claimed that they were happy with the bond they currently enjoy and said that Tristan becomes charming and even tries to get her back but she just tries to focus on their daughter, True.

READ | Khloe Kardashian claps back at trolls: 'You create narrative that fits what you choose'

As Kourtney and Travis' engagement created a massive buzz on the internet, the latter's ex-wife, Shanna Moakler reacted to the news in a quirky way. She took to her official Instagram handle and shared a couple of cryptic notes to her Instagram stories that allegedly depicted how she does not care that anyone hates her. The quotes read, "Tupac once said: Before you ask why someone hates you, ask yourself why you give a f***" (sic)  and  "Temporarily closed for spiritual maintenance."

READ | Khloe Kardashian responds to rumours of her being banned from Met Gala, says 'Not true'