Laura Dern On Feminist Approach In 'Jurassic' Films; 'In Line With What Steven Intended' 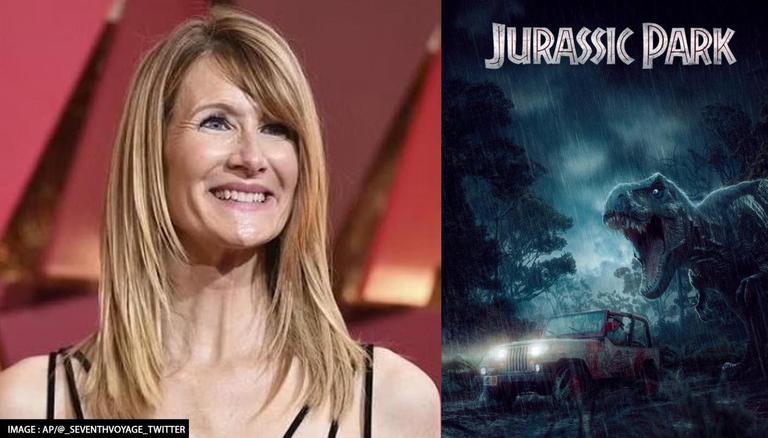 
New Delhi, Jun 7 (PTI) Actor Laura Dern says when Steven Spielberg offered her the role of paleobotanist Dr Ellie Sattler in 1993's “Jurrasic Park”, they both were clear about making her an empowering character, a vision that has been carried forward in the new "Jurassic World" trilogy.

The three actors have reunited for the final film in Colin Trevorrow’s “Jurrasic World” trilogy, which she believes has powerful women who are "equal to the men in the story".

"Now we're seeing a lot of movies, and I'm so happy we are. Because of the industry being shamed into considering gender and diversity in storytelling, we are seeing ourselves reflected in the stories, thank God.

"But what I love is that this franchise, from its beginning, treated female equal to the men and it has continued to evolve with powerful women at the helm," Dern told PTI in a virtual interview from Los Angeles.

The 55-year-old actor said during the press tour of the first movie, most of the people would talk about boys loving dinosaurs, but the success of "Jurassic Park", which was based on Michael Crichton's 1990 novel of the same name, changed that perception.

“I met a woman last week who told me she's the first female Congresswoman in her area in the United States and Ellie Sattler was her hero because she had never seen women who were equal to the men in a film. That was her first memory of that experience. It really gave her the courage to go into politics. That means so much to me,” the actor said.

In her illustrious career, Dern has featured in critically-acclaimed films like “Rambling Rose”,” Wild”, “Little Women”, “Marriage Story”, as well as series “Enlightened”, “Big Little Lies” and “Twin Peaks: The Return”. She has won all the top awards including Oscar, Golden Globe and Emmy, for her work.

When she was offered a chance to return to the world of dinosaurs, Dern said she wanted to ensure that her character had evolved with times.

“In the movie she has to move forward. She has to evolve as a woman. I love her being an independent single woman, but also in the area of science. She would take her expertise in paleontology, move towards soil science and focus on climate change. This is exactly what Dr Ellie Sattler would do today. She would figure out a way to avoid another extinction and take care of all of us with the bravery and an intellect that she has,” the actor said.

Having spent time with these “amazing” actors, Dern said she realised that the franchise has been on the right track. "These characters are really in line with what Steven Spielberg intended when we collaborated on who Ellie Sattler would be and it makes me very proud. It made for an amazing time.” And even though there are a lot of “heroic” men in the movie, like franchise stars Chris Pratt, Neill and Goldblum, Dern joked she would want the women of the film to be by her side in the time of crisis.

“We have a lot of safe heroic men in this movie that are amazing, but if I was in trouble I would definitely want those girls on my team,” she quipped.

One of the most versatile actors of her generation, Dern has worked with celebrated filmmakers like David Lynch, Robert Altman, Paul Thomas Anderson, Martha Coolidge, Noah Baumbach, Jennifer Fox and Greta Gerwig.

She credits her parents, actors Bruce Dern and Diane Ladd, for teaching her at a young age to follow “filmmakers with vision”.

“I am so grateful for my parents who taught me at a very young age to follow filmmakers with vision. If I feel there's a story that must be told, either because it's a unique voice and vision or if it is telling a woman's story with all her flaws and vulnerability, I do it. I feel so grateful. I've been lucky enough to follow filmmakers in that way.” “Jurrasic World: Dominion”, a follow up to "Jurassic World" and "Jurassic World: Fallen Kingdom", is scheduled to be released in India on June 10.