Leslie Grace Hasn't Seen Her 'Batgirl' Costume Yet, Says 'I'm Dying To Know About It'

Leslie Grace recently made a revelation ahead of the release of her movie, 'Batgirl' and stated that she hasn't seen the costume yet. Read further ahead. 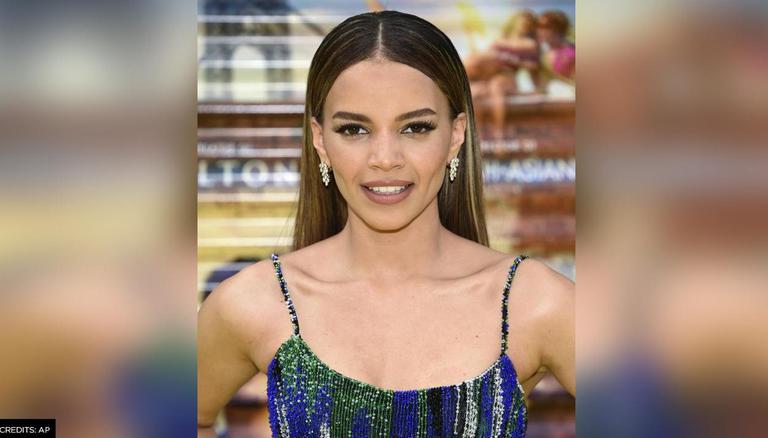 
As the popular American singer and actor, Leslie Grace gears up for her highly-anticipated movie, Batgirl, she recently opened up about how she still hasn’t seen her character’s costume. She even recalled how she reacted when this role was offered to her and talked about her auction process.

In an interview with Entertainment Tonight, Leslie Grace talked about how she learned from her colleagues and friends to put a little bit of herself in each character and added that she also learned a lot about her character, Barbara.

Leslie Grace gearing up for her character in Batgirl

Leslie Grace opened up about how she hadn’t tried out the Batgirl costume and does not even know how it looked like. She said-

“No, I'm dying! They haven't told me anything, I honestly cannot leak anything, even if I knew. But I have no idea! I think probably until I head off, I won't know much, but I'm dying to know what that outfit looks like. I know that I'm going to be fitting, like, 35 different fittings for this costume.” Adding to it, she also mentioned that it was a big deal and they wanted to get it right."

When asked about how she reacted when she was locked for the role, she answered that it was a crazy shock as it was a whole process of auditions. She also stated that it was quite mind-bending as they were about to embark on this insane journey.

Speaking about how the makers surprised her while confirming her for the role, she added that they confirmed it via Zoom call and even tried to make it a surprise for her. She further added how they tried to make it look like a final test and later mailed her saying. "I'm the Batgirl."

READ | 'Batgirl' has some stellar actors eyeing the role of Barbara Gordon, see who they are

Furthermore, she revealed her reaction to it stating how she could not believe that. Grace then revealed that she thought the makers were doing a follow-up test and added how she had prepped for it. Furthermore, she expressed her excitement for the project and stated that she was excited about the character and to nerd out with all of the comics. Adding to it, she mentioned that she'd already been doing much research and can not wait to play the character.

READ | DC's 'Batgirl' to be played by 'In the Heights' star Leslie Grace, Warner Bros. confirms

WE RECOMMEND
Warner Bros' 'Batgirl' movie to be directed by ‘Bad Boys for Life’ filmmakers
'Batgirl' has some stellar actors eyeing the role of Barbara Gordon, see who they are
Joe Manganiello reveals Ben Affleck's 'Batman' would've had Batgirl vs Deathstroke faceoff
'Birds of Prey' spinoff movie in works; Jurnee Smollett to team up with Misha Green
DC's 'Batgirl' to be played by 'In the Heights' star Leslie Grace, Warner Bros. confirms